This week a friend was complaining about the bad service she’d had while trying to sell her house. We’ve heard many more less than glowing reports about French Estate Agents. I would love to say they aren’t true.

Now, I can’t tar everyone with the same brush – that would be short sighted & unfair. I’m sure there are many dedicated and competent agents out there. We even know of an extremely conscientious couple who gave up good careers in banking to set up an estate agency (not in the Dordogne) but eventually had to give up after being sabotaged by other unscrupulous estate agents who didn’t like the fact they were charging lower fees ( 4%!!) & therefore were not playing by the unwritten solidarity rules.

I can really only speak from our own experience 7 years ago when we bought Les Crouquets – and I’m sorry to say it’s not a great advert. 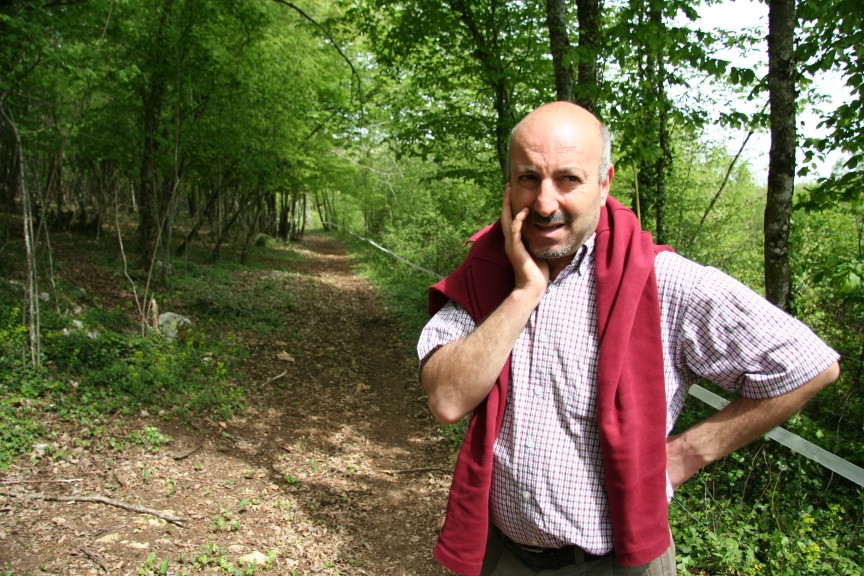 This anguished expression stayed on Amar's face until about 3 months after we had actually bought Les Crouquets, changing slightly from Will we,Won't we? to What have we done?

Involved in our little scenario were our good selves, the previous owner, the solicitor and the estate agent whose name, if I were given to naming and shaming would now be a deep shade of dirty brown mud. Luckily for him, I’m not, so he will remain anonymous & from hereonin will be known only as EA.

We first visited Les Crouquets in May 2006.We had vaguely heard about it via another family who also had gites for sale – we did a bit of investigation and tracked down Les Crouquets’ personal website and then arranged a private visit with the owners.

We had only gone for a quick recce visit on a Monday afternoon ( fuller story here!) but it turned out it wasn’t a straightforward sale and we would have to decide & sign before Friday afternoon. We knew it had potential but it didn’t tick any of our boxes and at a 6 hour drive away we didn’t have the luxury of going home to sleep on it – just as well, for if we had we probably wouldn’t have come back. So we booked an hotel, bought undies & T-shirts at the local supermarket & stayed for the week, agonizing about whether we should or whether we shouldn’t.

We made an appointment with the agent who didn’t tell us anything we hadn’t already found out apart from the fact that the owners had signed an exclusivity clause so we would have to pay him even if we didn’t “use” his services. A whopping 7% of the asking price. ( In France anything between 5 and 10 % is the norm, buyer pays )

We met him again on Thursday after he called to say he could give us some advice.The advice consisted of us meeting in the Post Office car park with him pointing to a family standing a little way off & telling us they were on their way to view Les Crouquets but he would send them home right away if we agreed to sign there & then. In the car park. 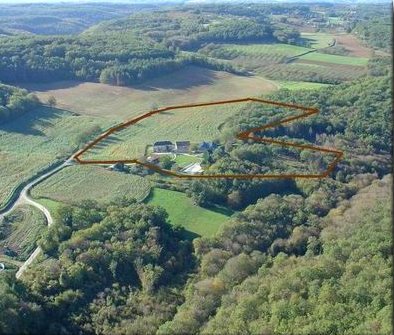 The outline of Les Crouquets' boundaries

We told him politely 😉 to take the family to Les Crouquets & we would speak to the Notaire ourselves in the morning, inwardly panicking in case these people, assuming they were genuine, were less cautious than us and could be coerced into signing on the dotted line while leaning on the bonnet of his BMW 4 series…..

That night we weighed up all the pros & cons and decided to take the plunge. We arranged to see the Notaire at 1.30 pm to sign the papers,the other family having decided it was too big a task to take on – allegedly.

With a few hours to spare in the morning we wandered round Jayac & popped into the local mayor’s office to introduce ourselves. He was very pleasant & asked us if we were aware there was an ongoing legal dispute between the owners & the neighbouring farmer over the field which is now our pitch & putt course. What?…now why hadn’t the agent mentioned this in his advice, I wonder? We uncovered the facts & presented them to the Notaire.

The EA who was also there for the signing waved his hands about in some sort of frustrated Gallic way ( probably a nervous gesture brought on by the thought of his 7% disappearing before his eyes) & stomped off to sort it out. He came back some time later clutching,nay, brandishing a piece of paper presumably having dealt with the matter.

He then turned to us. ” Right who are you going to question next – the old woman who lives round the corner??” He was extremely short. He kept bombarding us with unhelpful statements such as the property was going for a good price so why were we being so picky. Yes it was a “good” price which was partly why we were taking the risk but it was also nearly all of our savings, not to be gambled lightly. And it would need a lot more spent on it to bring it up to scratch. We told him so, which judging by his contorted expression he didn’t appreciate much. 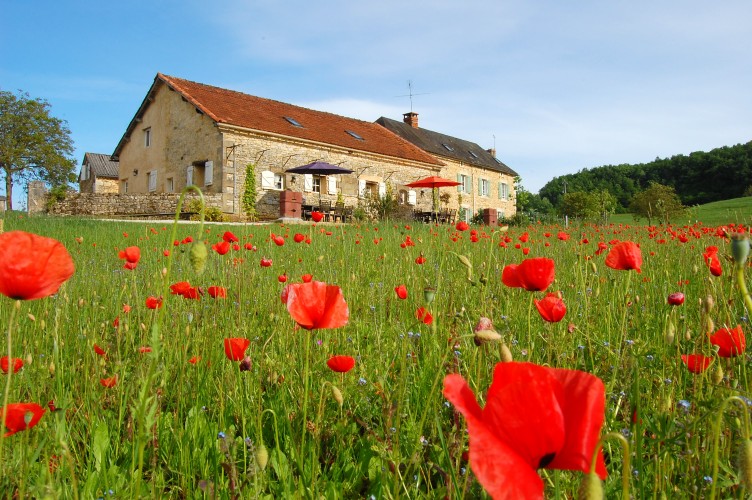 He was keen for us to sign & get on our way but by now we were wary, imagining all sorts of scenarios. I dared to ask that as we were only buying the bricks & mortar could there be anything to stop us continuing the gîte business. A fair question, no? The owner,who was also there said he didn’t think so but then he also couldn’t remember if they were including the furniture in the sale or not, so not exactly a reliable source.

The EA spun round on the highly polished soles of his pointed shoes,came to a halt just millimetres in front of my face almost piercing me with his angry eyeballs which were now standing proud of the rest of his features and practically growled at me. ” For goodness sake, Madame,what other hallucinating questions are you going to come out with next?” I could tell by his tone, body language & the careful mid-sentence positioning of the word “Madame”, more spat than spoken, that he was fast running out of patience.

Amar finally pushed him right over the edge by asking some other apparently ridiculous thing. “Right, that’s it ” he yelled, thumping the Notaire’s desk and sending his immaculately stacked papers in all directions. ( Surprisingly the notaire didn’t flinch at this vicious assault on his personal possessions but just sat there, motionless with a rather stunned expression on his face…)

” I’ve been in this business for 15 years. I know buyers when I see them and you are NOT buyers.Now, are you going to sign or shall I contact the other people who are waiting to buy if you don’t?” Ah, he had suddenly found another line of buyers overnight.

It was Amar’s turn this time, his own eyeballs now in fierce competition with those of the EA  – on a fast simmer just about to progress to a rolling boil, he ordered the EA to pick up all of his stuff and get out. And he did. Just walked off. He didn’t care. He knew he would still get paid.

By now it was 6.30 pm. The phone rang, presumably the Notaire’s wife asking if he wasn’t coming home for his apéritif. He sat with his head down, the phone pressed to his ear and almost whispered with an air of defeat…..”I’ve had the day from Hell. Sellers who don’t know what they’re selling… buyers who don’t know if they’re buying…quite, quite terrible.”

No mention of the EA. Gone, but not forgotten….  be sure we will remember him if and when we come to sell Les Crouquets – he certainly won’t be getting his hot little hands on any selling fee from us. No, Sir….