The last of this season’s guests have left, it’s now gone eeriliy quiet here and once again it’s time to reflect on the past few months…. 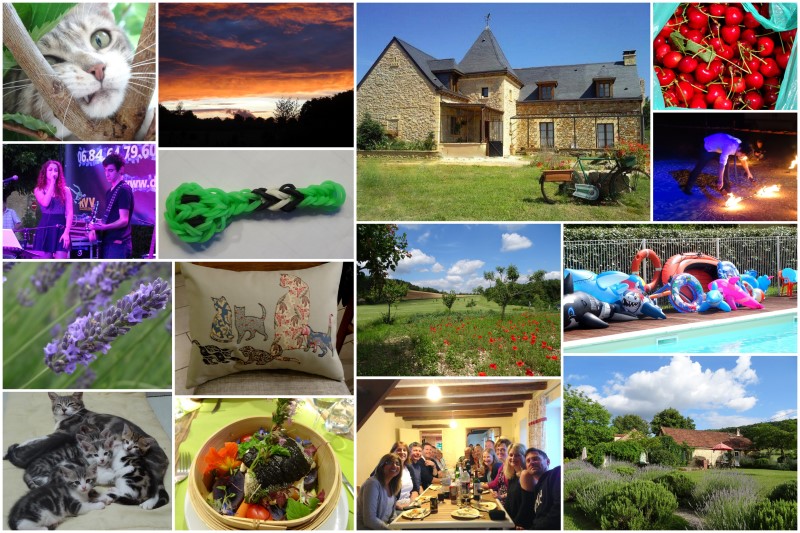 It’s been a strange season this year with a very wet Spring , an up & down Summer and an absolutely gloriously warm September. Apart from the mixed weather, it’s been a great year! ( Not according to many restaurants though who are complaining that their takings plummeted this year… 🙁 )

The best bit must surely be our wonderful guests….some have been so many times before that they have now become old friends. When they arrive they let themselves in and by the time we’ve spotted them they’re already on the terrace with a glass of rosé waiting for us…..what could be better than that??! 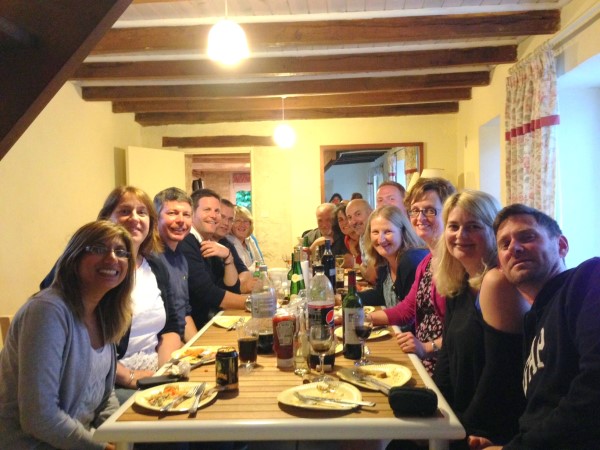 Lots of lovely first time visitors here too this year and some have already booked to come back next year so 2015 is looking good!!

Here’s a good place to say a massive Thank You to everyone who chose to spend their holiday here and an extra special thanks to those who enjoy it enough to keep coming back!  Thank you too to everyone who has taken the time to like & comment on our Facebook page and to all of you who follow this Blog – it all helps to spread the fuzzy pink aura!! 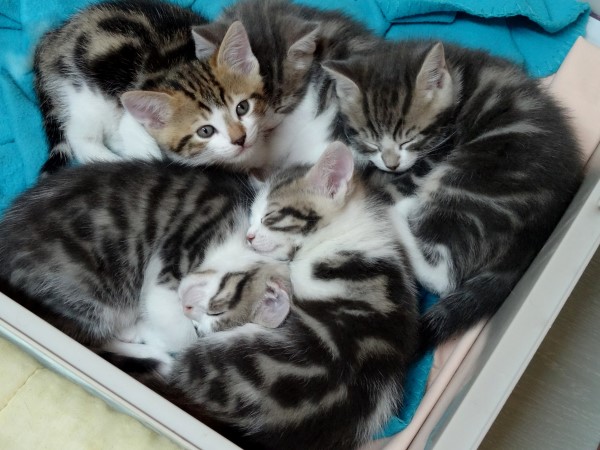 On a close par right up there with the guests must be Poppins and her kittens…too long a saga to repeat here but if you’re interested you can read all about it in these posts!

A big thank you to all of our lovely guests who brought toys & treats for the kittens and played with them whenever they could …. you did a fantastic job of socialising them – well worth the little nips & scatches!! This made going to their new homes so much easier for them…not for me though – I cried buckets when they left 🙁

Thank you too to all of you who arrived after the kittens had left home and gave Poppins lots of much needed attention -she certainly enjoyed being fussed over and making herself at right at home whenever a potential tummy tickler or a knee to curl up on was on offer!

Latest news is that Miss Molly has reverted to Top Cat and tolerates Poppins as long as she doesn’t push the boundaries too far and Poppins has reluctantly accepted that Miss Molly will not be bullied and has decided to back down…..a much better outcome than I was expecting! 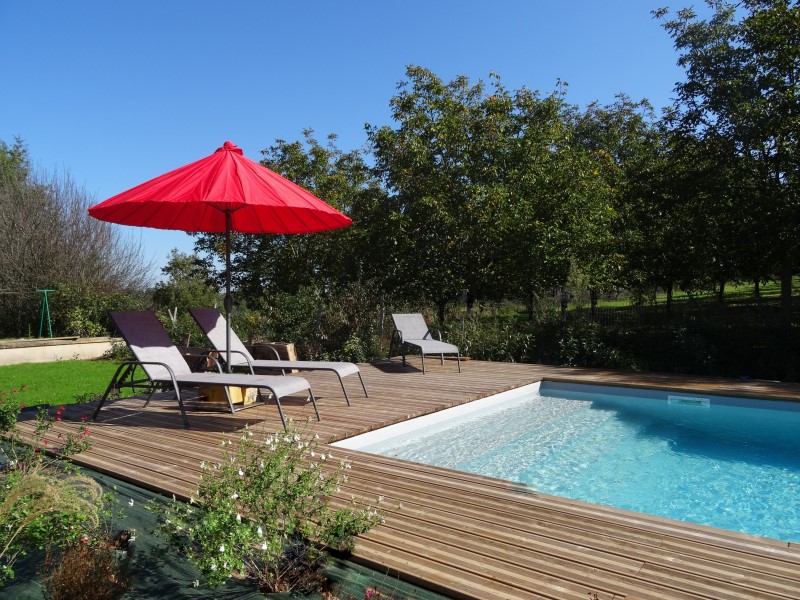 After a stressful start and much, much more work than was supposed to be needed (isn’t that always the way) we are now on the home straight, finishing off the little bits & pieces and just about to start work on the last bedroom…The website is up & running and August is already fully booked! Keep up to date with the progress on La Tour’s own Facebook page (not many likes as yet- fuzzy aura still to appear!)

This year’s latest craze! Children of all ages were deftly weaving these tiny elastic bands into wonderful creations! At one point the games room was almost turned into a loom band factory with someone always on the production line from dawn till dusk! I was beginning to fret about the ever growing pile of bracelets when one enterprising group of children decided to hold a charity loom band sale! 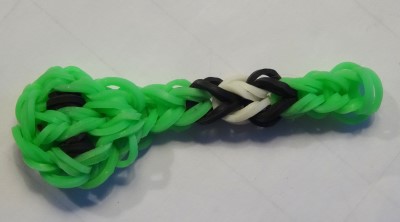 The selling technique was aggressive and I think they did a roaring trade – I never did ask which charity was to be the lucky recipient of all this cash but I handed over my €1 for this glorious snake which has since been loitering in the bottom of my cluttered handbag (having parted company  with the keyring several times). I also have a loom band guitar which a little boy made for me & two bracelets which I found in the dressing up basket – quite a collection!!

This year’s Not So Good Bits…..

We don’t usually have any not so good bits but if we did have any this year it would have to be the swimming pool’s new liner. Well not actually the liner itself which we were really pleased with, more the effect of the copious amounts of sun protection lotions & potions which come off and stick to everything as soon as the wearer jumps into the water. ( I have just disposed of a huge inflatable black & white whale with a distinctive greeny/yellow  line all along its underbelly!) 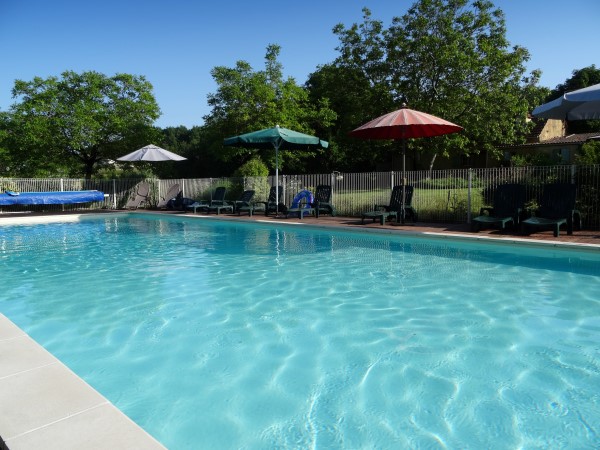 After much deliberation and a season with a temporary frieze stuck on to 3 sides (see this post) we finally got a brand new liner fitted in April. The pool was filled & tested and ready for the first guests in the last week of May. We sat back, admired and smugly gloated over the fact that we’d have a pristine pool at least for another 4 or 5 years. 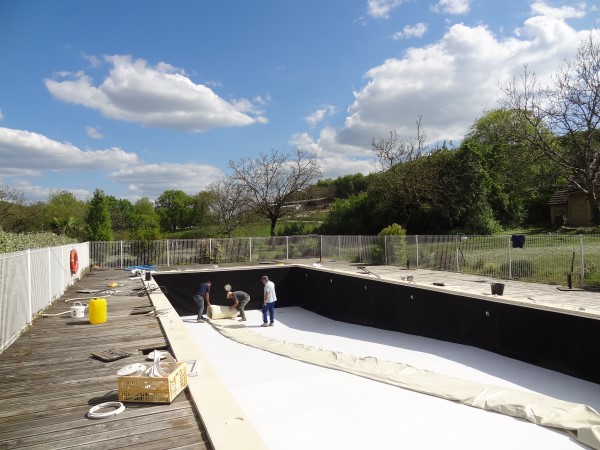 By the end of June we were beaten. Despite almost daily cleaning with products so powerful that if you don’t wear rubber gloves they literally burn through your skin, nothing would remove the vicious yellow stain. Scrubbing away at 44 linear metres of liner every evening is a laborious and soul destroying task, especially when it has minimal effect. 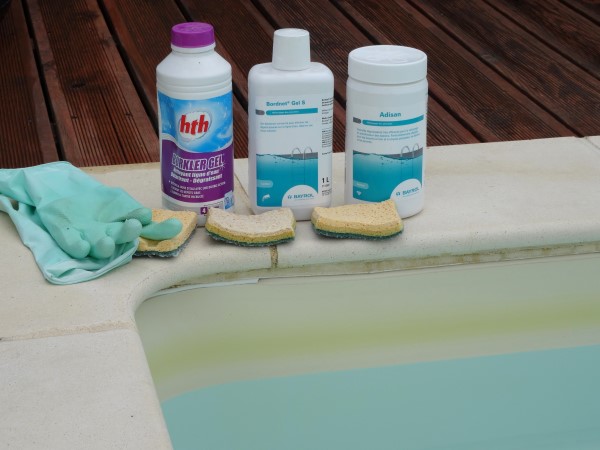 Amar has now announced that he’s thinking of providing a supply of French sun protection products which don’t have the same damaging effect on the liner as the UK ones. According to our French pool guru, the UK products have carotene in them (not labelled as such on the packaging) which is the real culprit but as the most damage seems to occur when we have very young children here who use a much higher protection factor than adults I suspect it’s more something to do with that …not sure where the carotene theory comes in there…. anyway the jury (that’s me 😉 ) is still out on Amar’s idea – I’m not so sure people will like being told what to use. Time will tell.

Just kidding – but they did get everywhere……in cupboards, down the sides of the sofas, in the washing machine, in the swimming pool filter, up the hoover…

4 thoughts on “Another season over”