The walnut gathering has now begun in earnest. 16 trees worth of walnuts all to be picked up by hand , at least up until now. A very satisfying task which no doubt goes a long way to unleashing the hidden forager apparently lying within us all from way back when gathering nuts & berries was the key to survival. 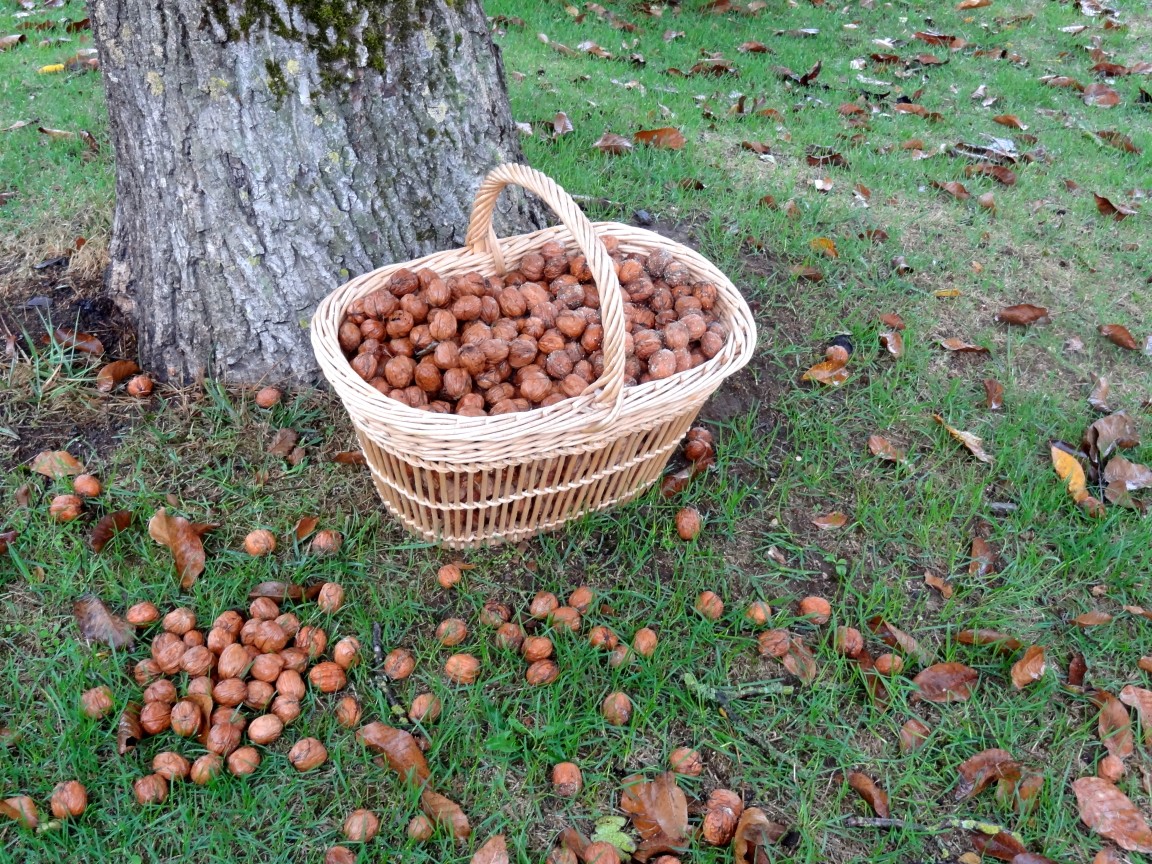 It does pays havoc with a weak back though and this week I gave in and , most unlike me, bought a gadget! A rolling wire cage originally designed for collecting golf balls & now used by most of the local community for collecting nuts. A mere 70 €…ahem…Emma & Alistair were aghast. ” 70€ for a cage and a pole? You must be mad…” and Alistair just had to add, ” And you won’t buy me an i-phone…? ” Personally I didn’t see the logic in this last bit but have to say I did think twice about the value of the cage & pole.

But this was what convinced me – to all of the aging local community round here, “un sou est un sou” (every penny counts!) & yet nearly everybody had parted with their hard earned cash and were happy so I reckoned there must be something in that. And earlier this week we happened to see an old man using one & stopped for a cheeky free trial run.  He had supposedly collected 7 buckets of walnuts in the time he would have normally done 3 – I was sold! 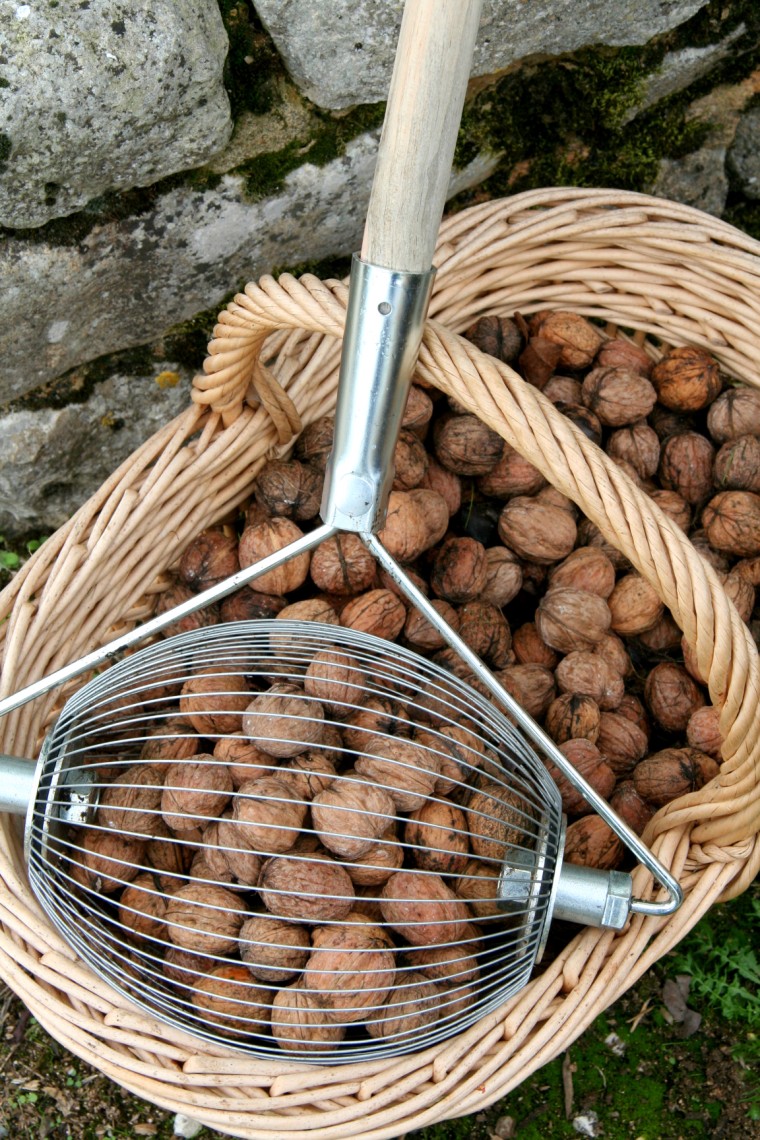 I have to say I am not disappointed – half the time saved, no sore back, no black tannin stained hands and if it can multi- task and collect golf balls too, so much the better… 70 € very well spent!

This week we also got the news that after 3 years of orthodontic treatment Alistair has now got to get 2, possibly 4, wisdom teeth taken out – on the 21st December. Just in time for Christmas. Great. Looks like we’ll have to purée the Christmas Dinner. Which leads me quite nicely into the hot topic of conversation in our household this week….should we or should we not embrace The Good Life to the full and dispatch the poultry? I have struggled with this even although I know it makes perfect sense to give the hens & guinea fowl a good life and then know exactly what you’re feeding your family rather than supporting someone else to do it. “What?? Eat Lolita??!” I can still hear Emma now. It doesn’t pay to get emotionally attached.

So I have given myself some guidelines

Lolita for one will be spared our final decision as I found her yesterday morning half eaten by some nocturnal predator. I was a bit later than normal shutting up the hen house the night before so either she was having a late supper & I left her outside by mistake or she had already met her fate before I got there & I didn’t notice. Given this may well happen again over the Winter I am now a tiny step closer to being convinced that rearing our own food is the way to go…we’ll see.