This week has not been easy – not for me & certainly not for Susie.

On Wednesday morning I found her practically unable to walk – bizarre given that on Tuesday she was her usual lively self. A call to the vet resulted in a phone diagnosis of a likely case of laminitis, apparently brought on by her over healthy appetite. This was even more strange given that she has been on restricted rations since last year and this year all of our guests were very good at not giving into her noisy and endearing requests for extra titbits. I would even say that she lost a bit of weight.

Even so , I duly gave her the medicine but two days later she was no better.Another vet ( the same one featured in this post!) came out to examine her and as I feared she was a terrible patient. Our adorable Susie has never been easy in times of distress and has a huge dislike of men in long coats ,a psychological throwback to her very first visit from a vet I think.

After much struggling and protest, two attempts to bite and several more to kick him, she eventually gave in enough for the vet to ascertain that she had an abscess inside her front hoof. This was  drained & cleaned and she got an injection of penicillin. The worst part ,for me at least, was the news that she had to have 4 more injections which the vet was expecting me to administer…was he kidding??? She also had to have a visit from the farrier to tidy up her hooves. 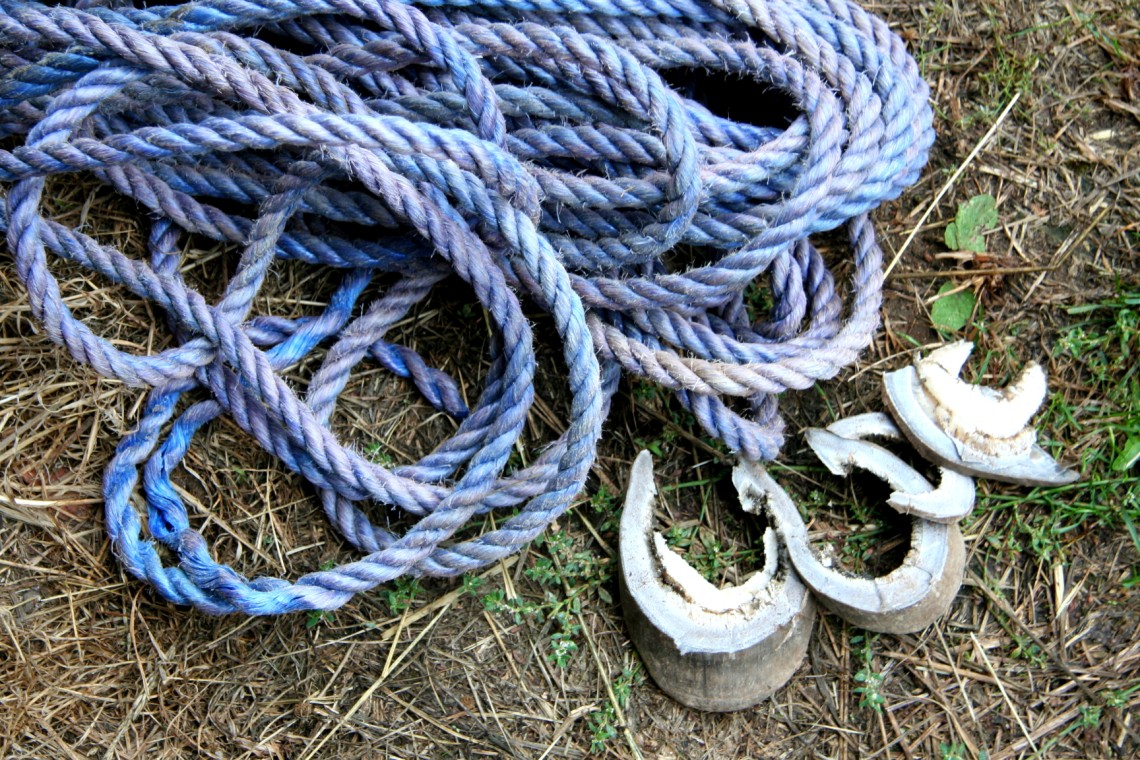 A farrier's job is never easy!!

This I was dreading…the last time she had her hooves done it took two men 45 mins to do a 15 minute job. Sod must have been at work too as Amar is away this week and I’m sorry to say that my brute force is no match for Susie’s determination and bulk….there was no way I was even going to offer to help. Not even just to show willing…

But the farrier came alone and bravely soldiered on single handedly until the job was done. With a transformation which would make Jekyll & Hyde look like amateurs, Susie morphed into some raging beast.  I don’t think I could ever adequately describe the pandemonium which took place but the fact that he said ( among many other unprintable things) that if she were his she would be sausages, probably says it all! Still, he was good enough to give her the 2nd injection.

Then yesterday I got a phone call at 8.30am from a man in the area who trains/re-educates/breaks in horses & donkeys. The farrier had told him that I had an urgent problem with a juvenile delinquent donkey which needed 3 more injections. I had already managed to draft in some help but he came round anyway to see how he could help …our very own donkey whisperer!!

Susie was putty in his hands and I’m pleased to say that he pronounced her to be the gorgeous, adorable, gentle creature which we have all grown to know & love – she just needs to learn some manners! So, she’ll be going to finishing school at the end of the month and hopefully will come back the perfect lady! 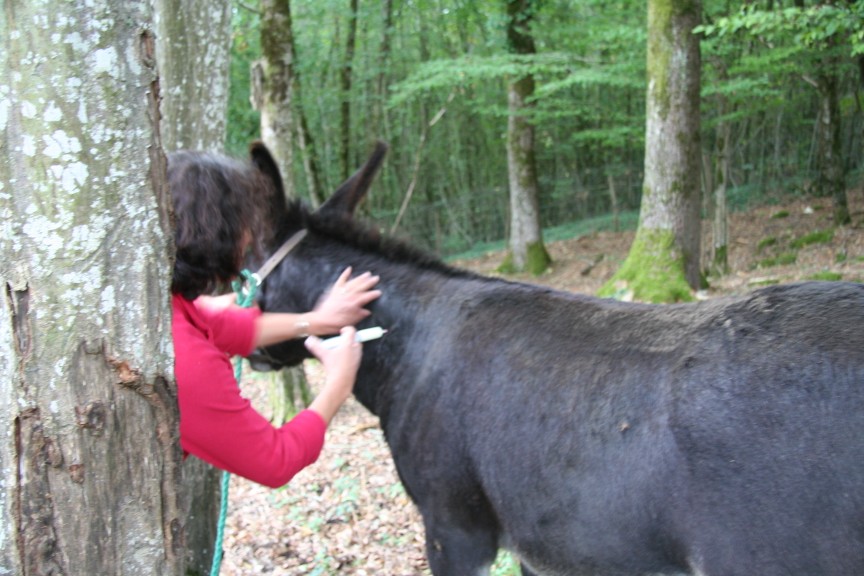 A learning curve for me - first time I've ever given an injection! Luckily she behaved!!

Oh and in spite of it all she actually let me give her yesterday’s injection with relative ease …maybe she just doesn’t like men in long coats!!