So, I’m not even going to attempt to explain why I haven’t posted anything in nearly 10 months. According to Monsieur Hubbard there’s no need …… I know you’re all my friends 😉

Instead I’ll just give you a quick resumé of all the goings on since last November. Incredible that nearly 3 out of 4 seasons have gone by in a flash and that the last of this season’s guests left last week ( At Les Crouquets anyway, La Tour de Genèbre is still open). That old familiar feeling of “Here we go again” is creeping in as this Winter’s work programme gets underway. Amar is not one for letting the grass grow under his feet ( fat chance this year with no rain since May and a scorching hot Summer 😉 – more about that later)  and is already firing on all cylinders. His project manager’s hat is well & truly on and work starts this weekend. Roofs are this year’s thing and L’Atelier and Le Logis are all set for a facelift.

But back to last year ….

Pitch & Putt greens resown at the end of last season 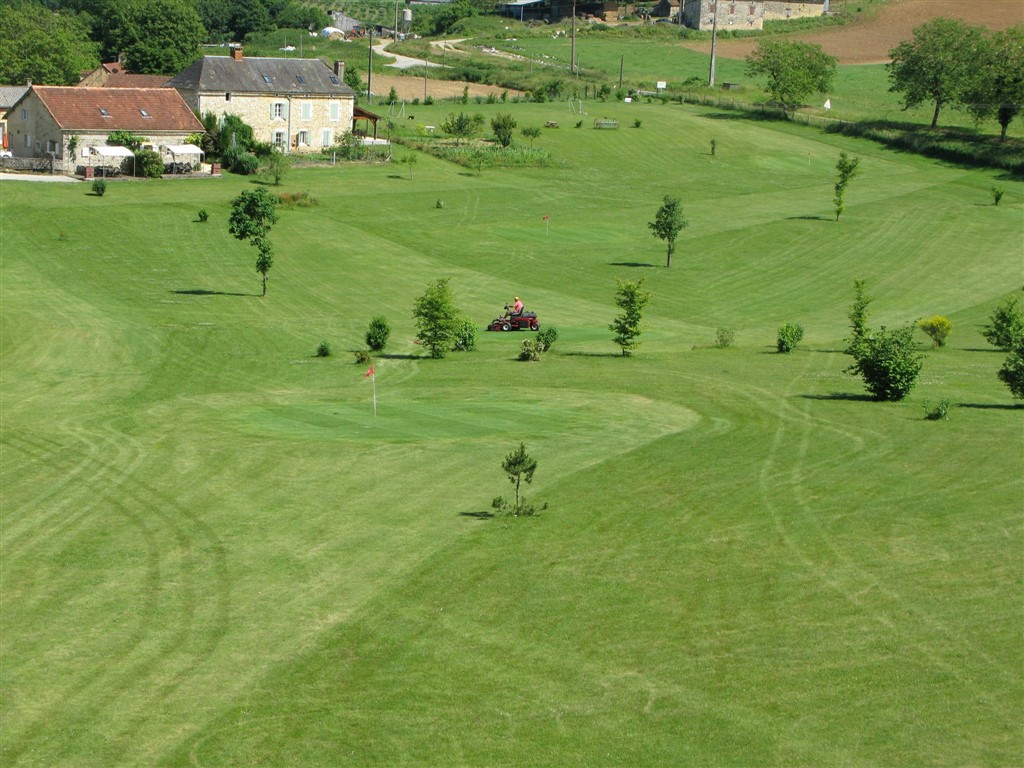 All lush and green at the start of the season

This was a back breaking task but it had to be done. At the beginning of the season though the hard work had paid off – all lush & green. But the heatwave hit and there was no real rain from June onwards. Coupled with days hitting 40°C and nights in the high 20s/low 30s poor Amar watched in despair as it all withered in front of his eyes for the second year running. He did try filling the tanks with mains water to sprinkle the greens but it was like running fast just to stand still. We ended up with a field more akin to Arizona than Aquitaine (or New Aquitaine as we are now called!) No idea if it will all grow back – maybe another job on the Winter To Do list 🙁 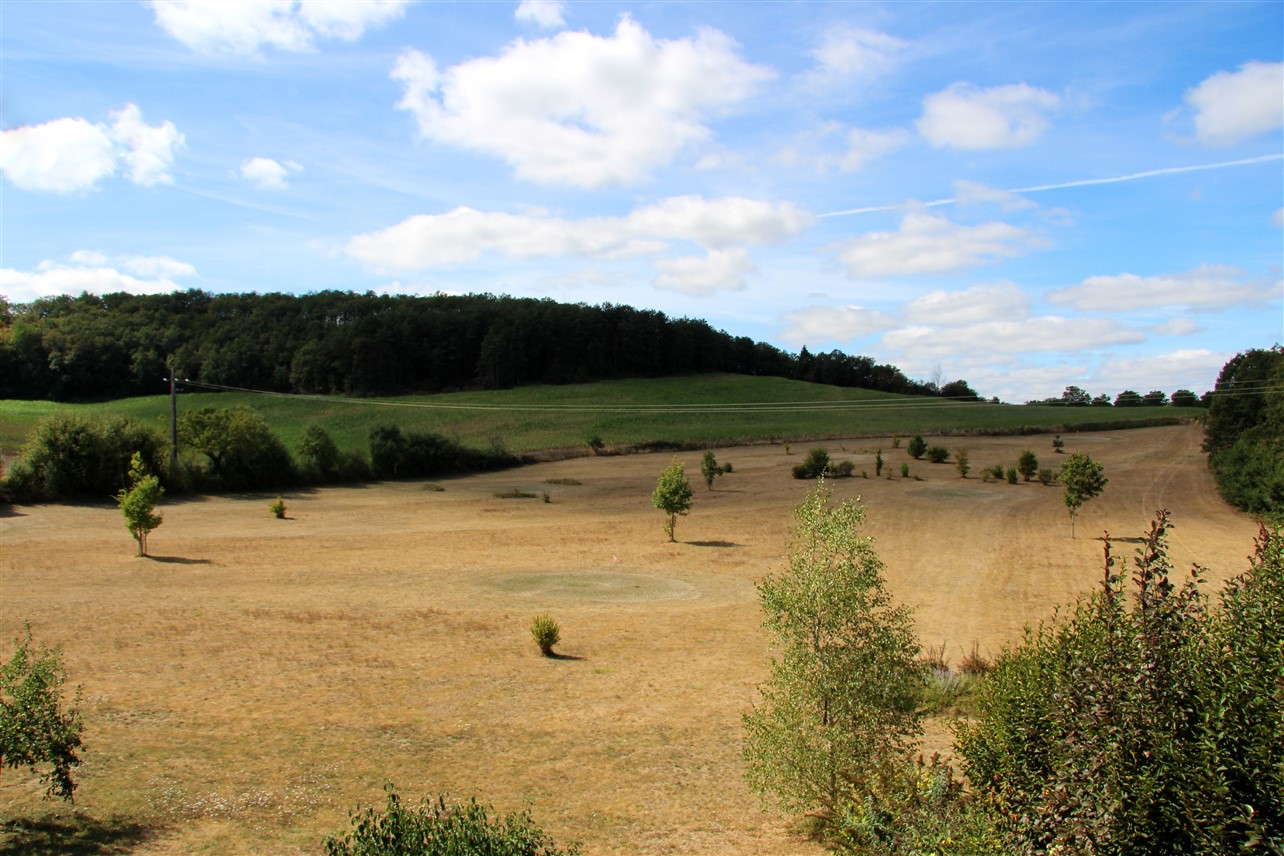 La Grange got a new kitchen , the only one which hadn’t been replaced over the years. 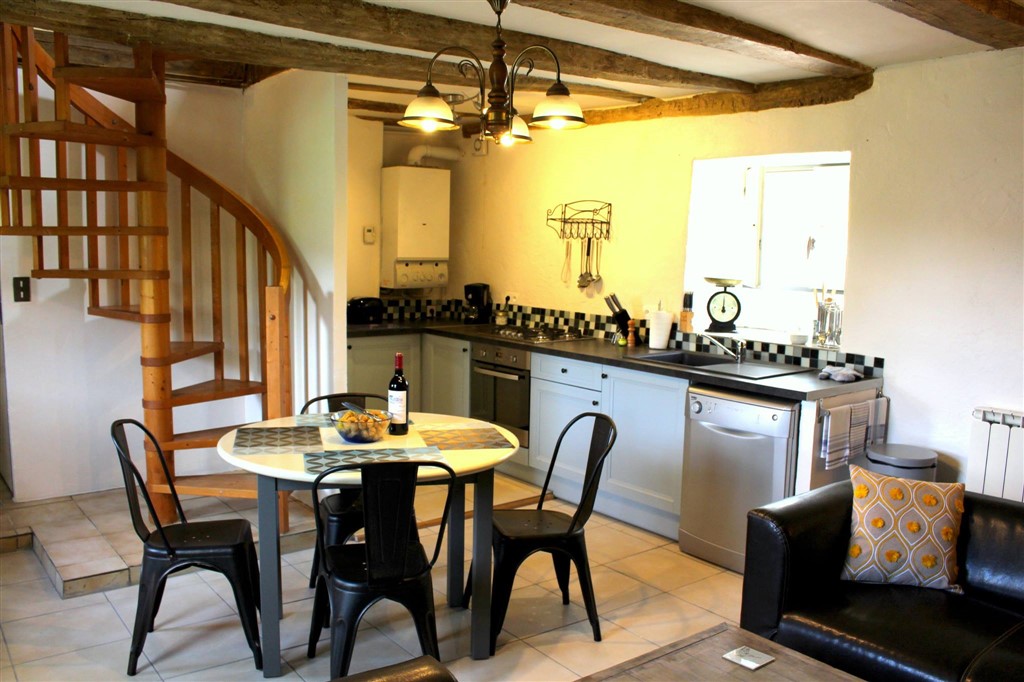 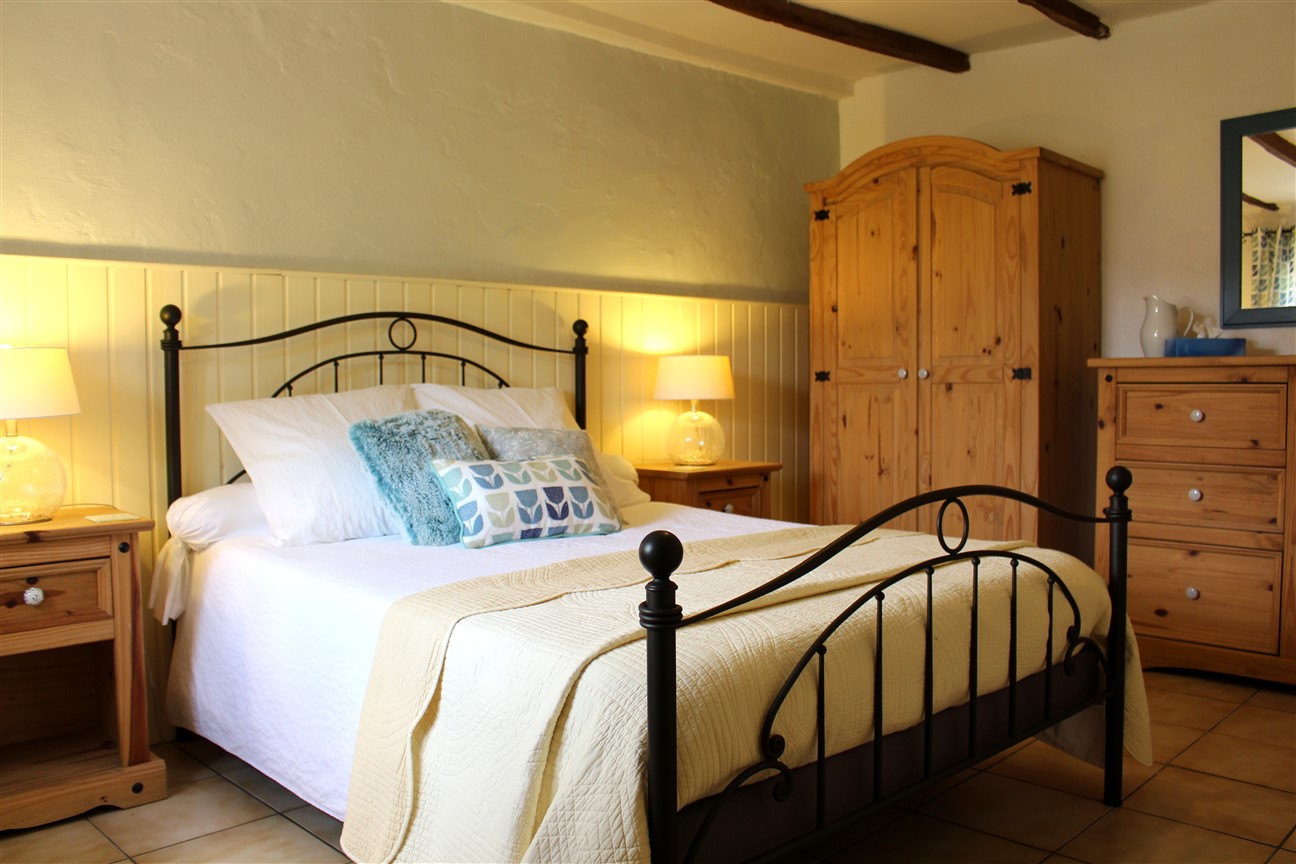 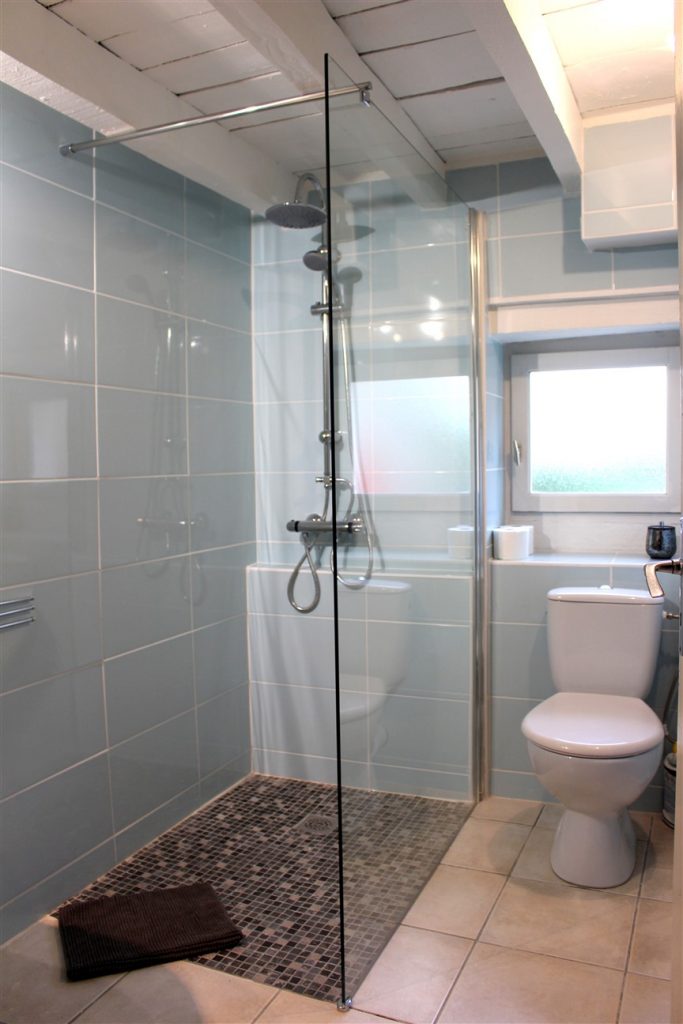 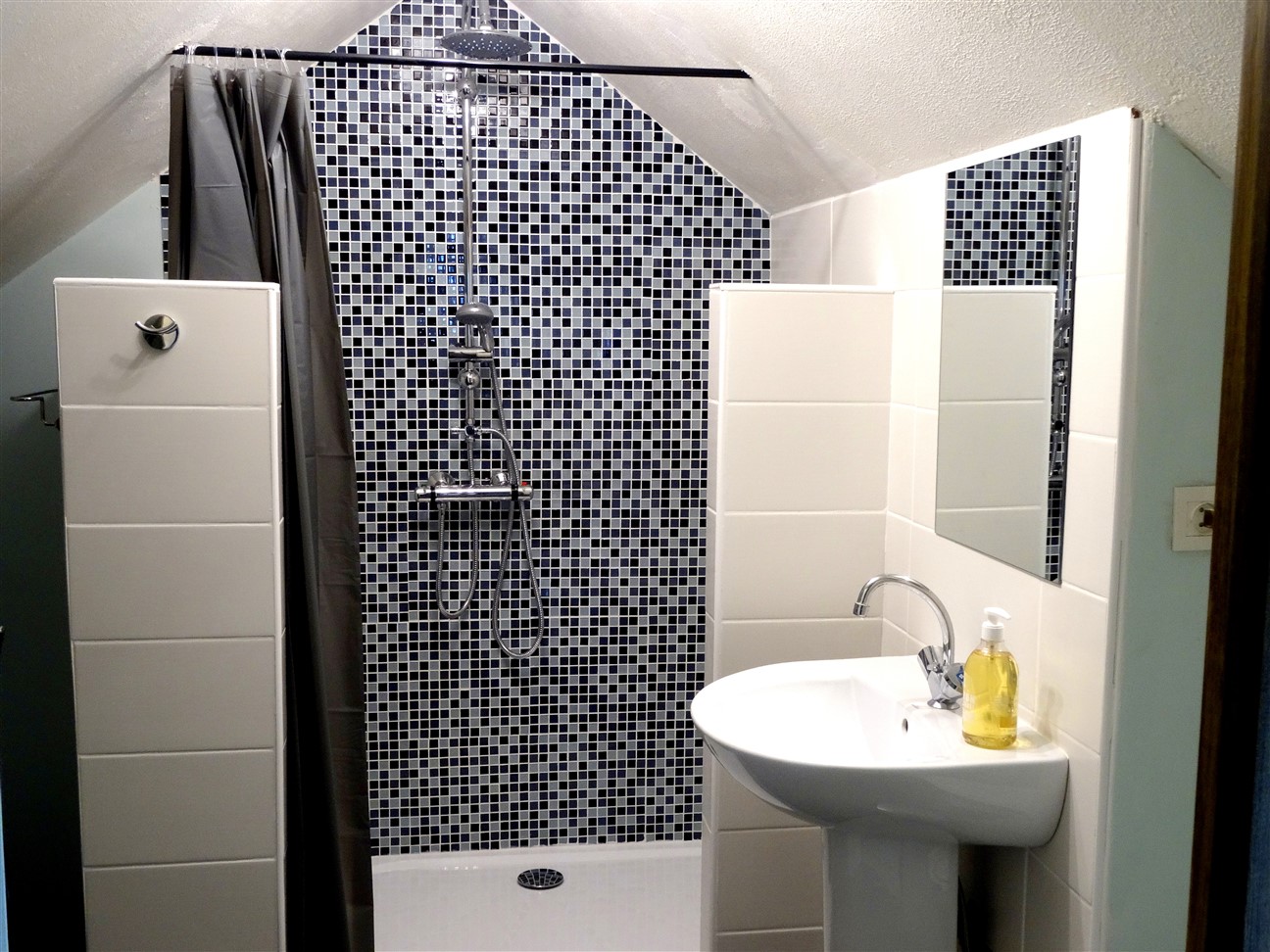 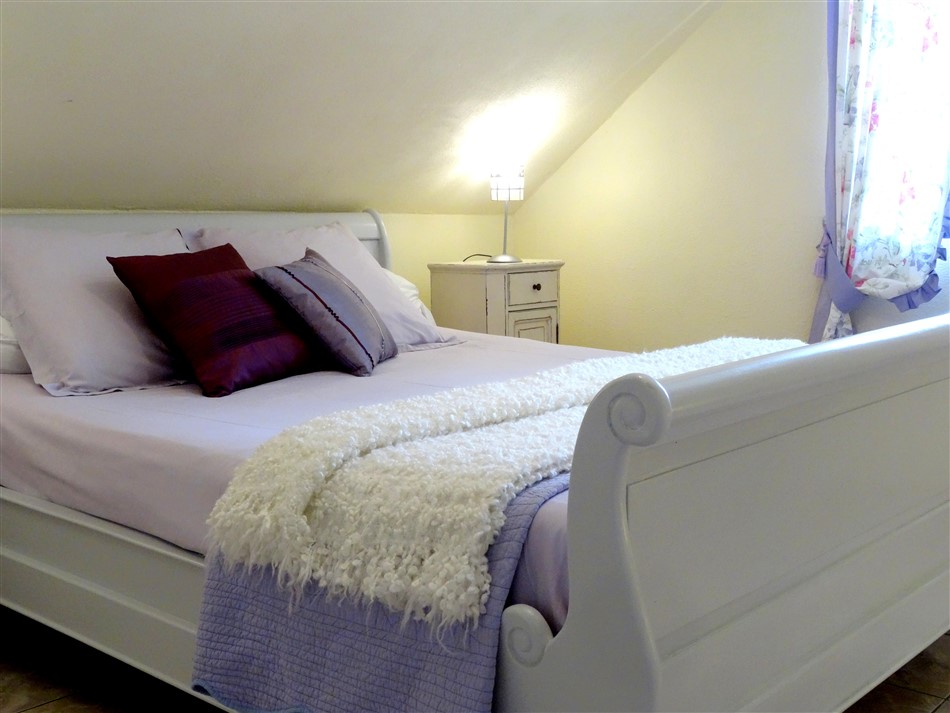 This bed came with us from Scotland – it used to be a dark brown scuffed mahogany colour. We decided it needed a new lease of life and painted it a soft grey. Even taken apart it wouldn’t fit up the narrow staircase and so it was hoisted up through the bedroom window with just millimetres to spare! 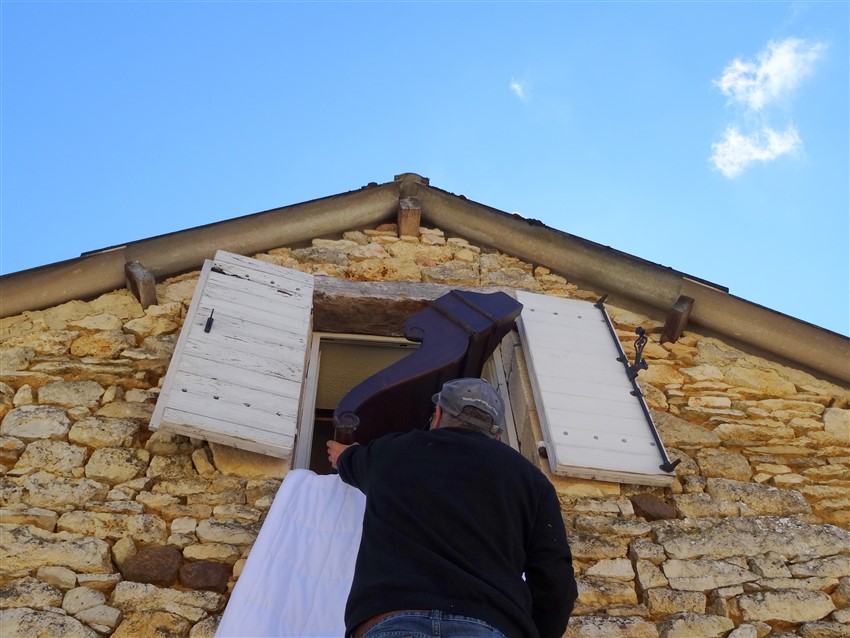 The upstairs ensuite shower in Le Cerisier also got some new tiles and Le Logis got some smart new grey floor tiles throughout and a mini makeover in the double bedroom.

La Tour de Genèbre at La Cassagne also got its fair share of changes this year. Last year a few guests had commented on how it would be useful to have a toilet downstairs which wasn’t in the ensuite bedroom. There was one there already which we didn’t have time to redo last year so we retiled it and now it’s open! Half of the empty building in the grounds, which was originally planned as a two bedroomed gite, was turned into a games room. So now as well as the badminton net and boules pitch & swings, there is also a snooker table, darts board and table tennis. 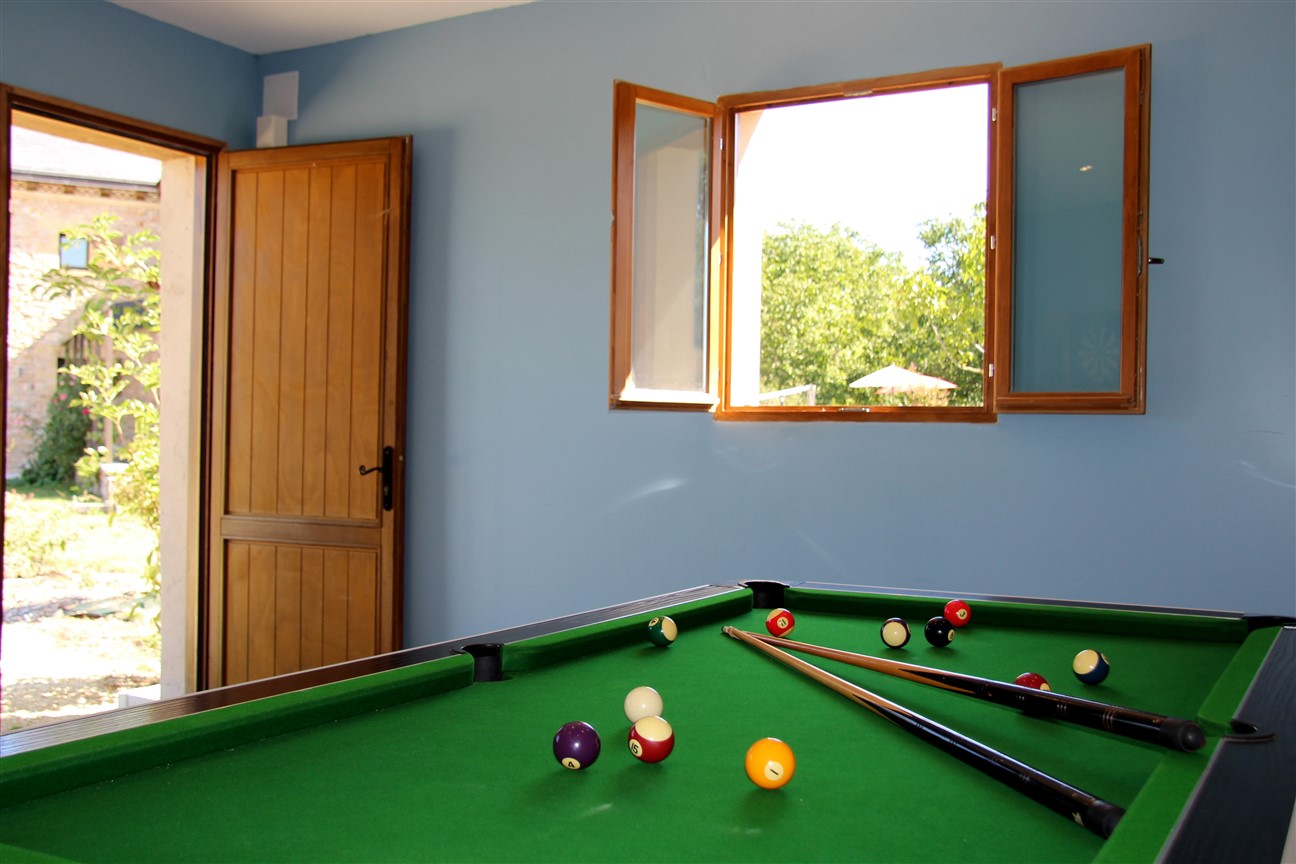 We also added a Summer kitchen on the covered terrace which has a plancha & BBQ. The plancha in particular has been a huge hit with all of the guests who have cooked everything from steak to fried eggs and even pancakes on it! 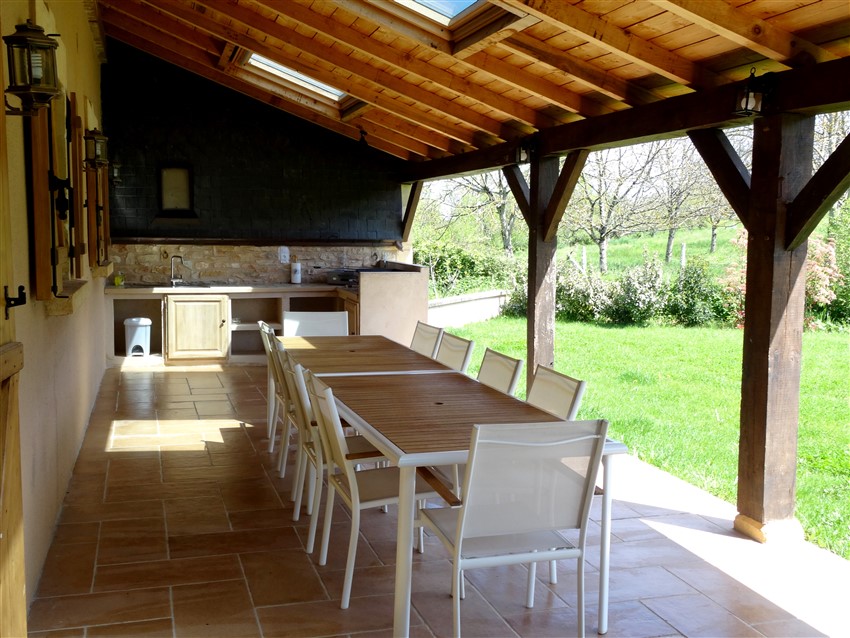 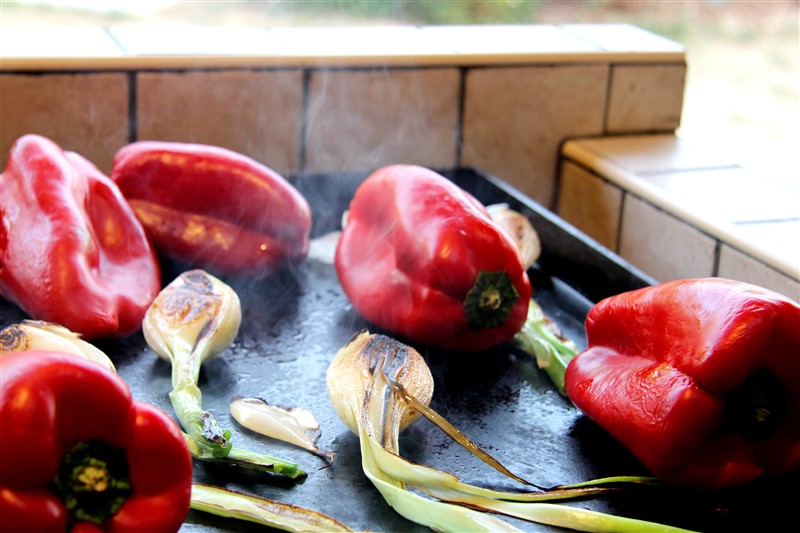 peppers and onions roasting on the plancha 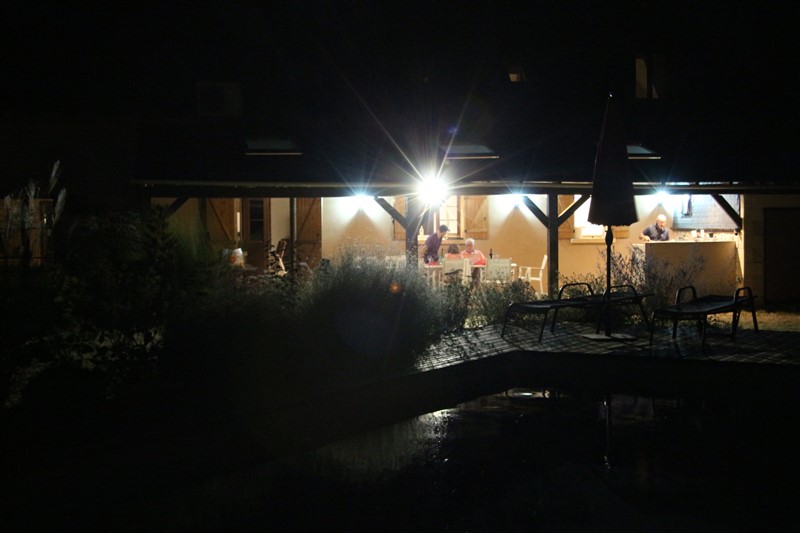 Covered terrace is perfect for a little night time cooking when it’s nice and cool!

This year also just happened to be 10 years since we moved to Les Crouquets and since so many guests have asked us over the years what it was like when we moved here, it seemed quite a good time to post some Before and After pics. 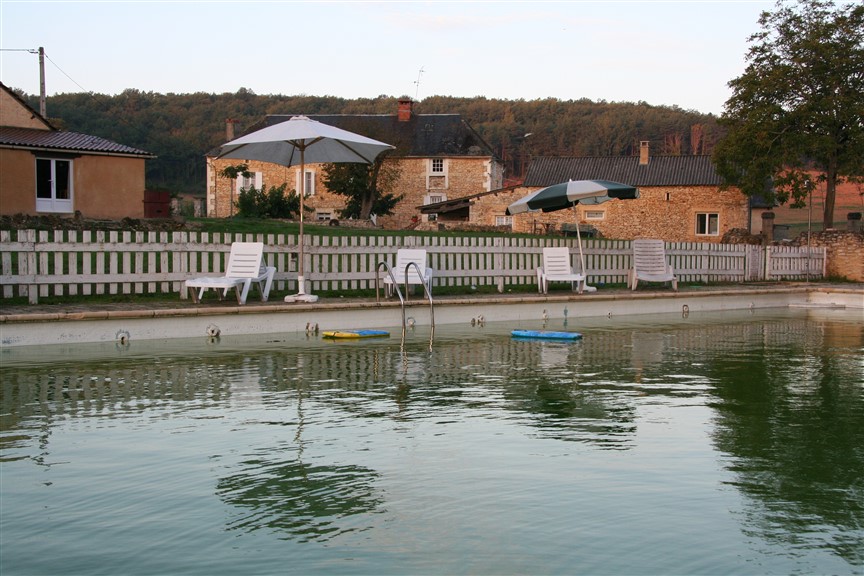 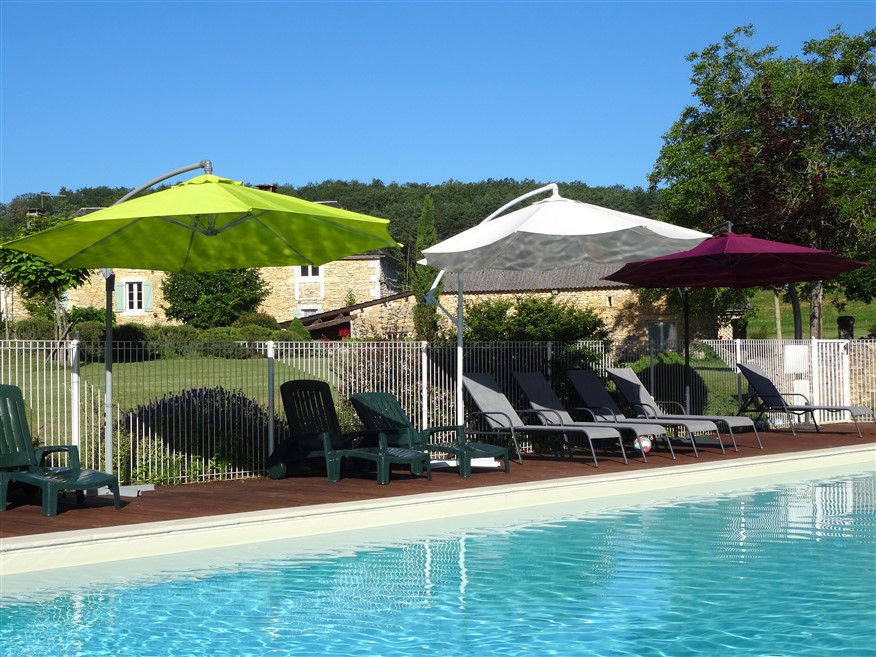 ….and after, now a more manageable 6m x 16m, heated and with legally compliant fencing

Here are some more before and afters on our Facebook Album

I was treated to a snazzy new camera for my birthday back in May ( including a very informative lesson from local photographer Hervé Froidefond ) and I had great hopes of becoming a photographer extraordinaire 😉 ! Ahem, cough, cough …nearly  4 months on I’m still more or less on point ‘n’ shoot with a few bells and whistles here and there but no worries, there’s still this Winter to realise the dream…

I really can’t keep up with all the different things going on now and a squillion or so passwords to remember … so this account has photos from Les Crouquets , La Tour de Genèbre, the Dordogne area in general and other miscellaneous “just because I like it ” stuff and it’s all lumped together at www.instagram.com/lescrouquets if you fancy a peek… if you like it why not follow us for more of the same!! 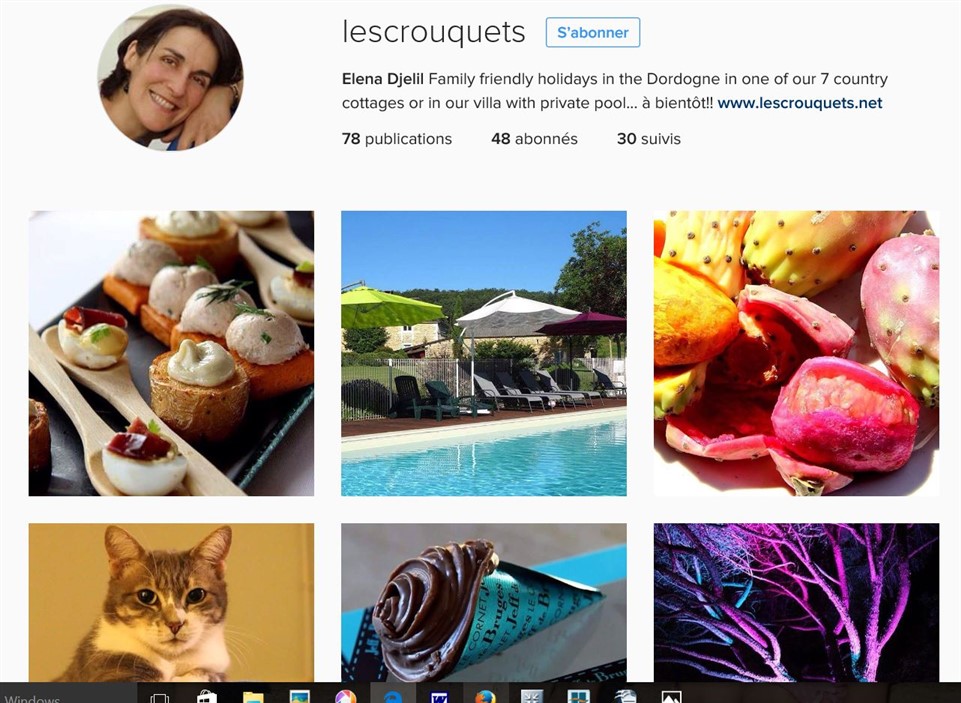 So, there it is. No explanation because remember, friends don’t need it. I’ll be back shortly with a progress report on this Winter’s To Do list – it kicks off tomorrow with Le Logis’ roof – and also a quick summary of what went on over the Summer…. after all life’s not all about work!

One thought on “Never Explain … !”