When we first moved to Les Crouquets I remember thinking that despite being in the middle of the countryside there was a distinct lack of birdsong. In fact it seemed eerily quiet.

I supposed that at some time they must have been there and they just needed a more inviting environment to attract them back. We put out lots of bird feeders and nesting boxes and just waited…. 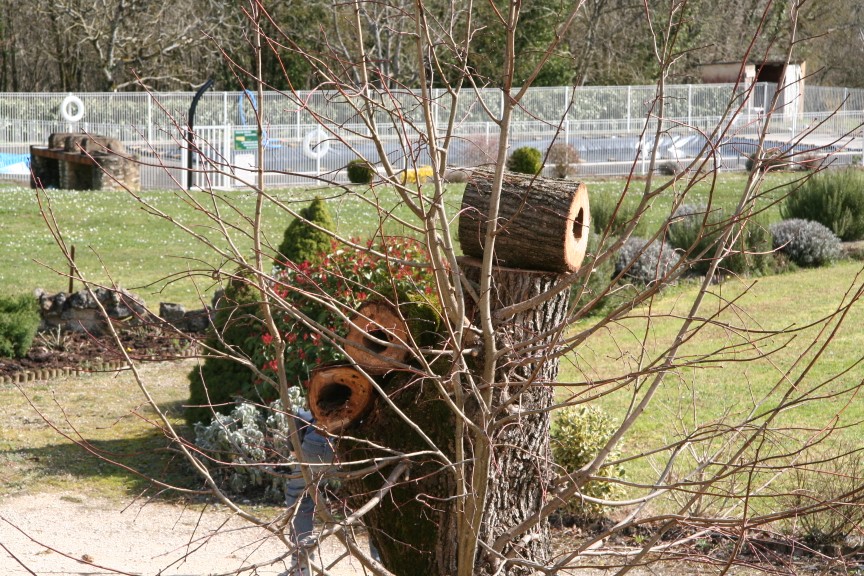 When part of our tilleul tree died we chopped it down and used the hollow trunks as nesting boxes. These are now hidden in the new growth and the tree is always filled with an abundance of little birds and lots of chirping. Molly often sits at the bottom eagerly anticipating her next meal but thankfully they are usually too quick for her! 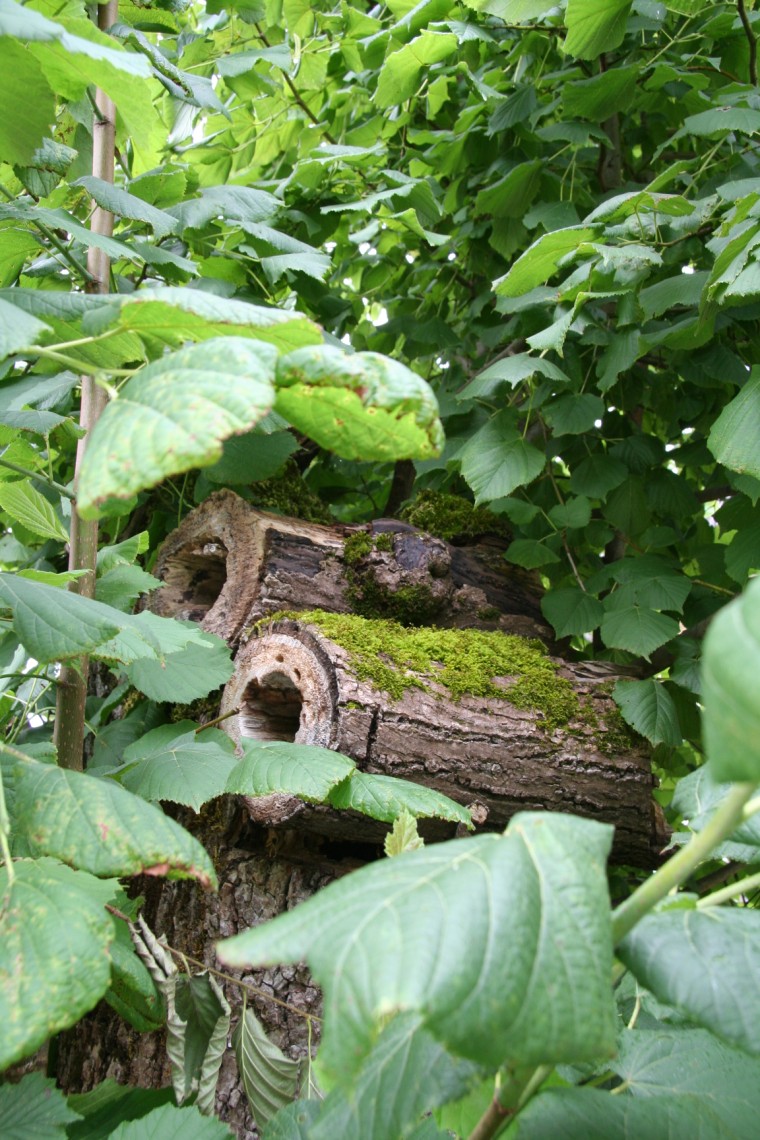 Today the air is filled with all sorts of sounds from the tapping of the woodpeckers to the non stop chirping & warbling of sparrows, bluetits, goldfinches and even the soft cooing of a few turtle doves which visit from time to time.

The stone walls of the farmhouse haven’t been grouted and the gaps provide the perfect nesting ground for the sparrows. 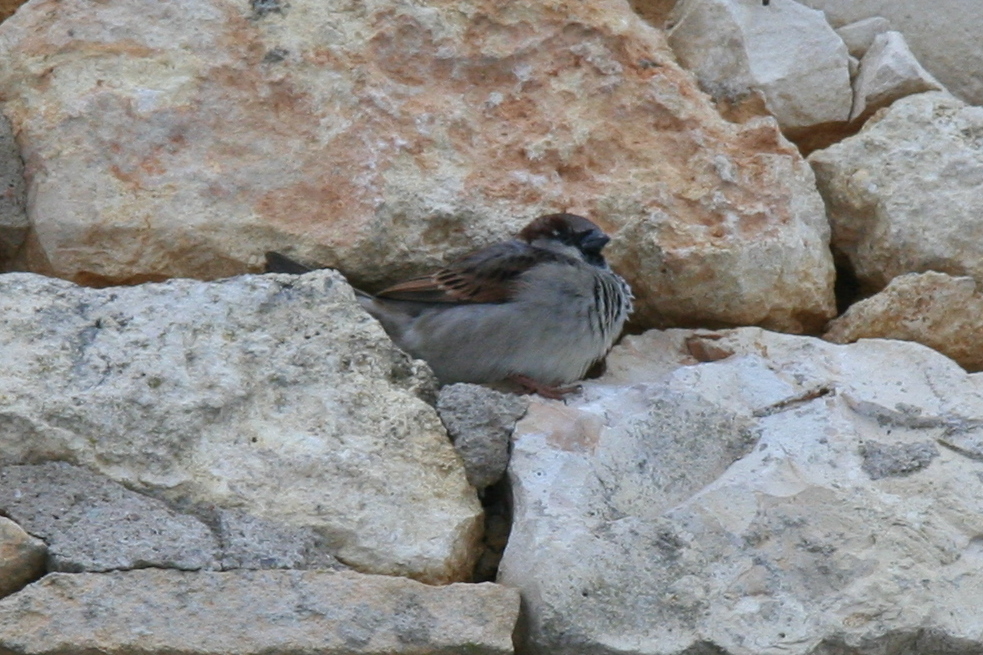 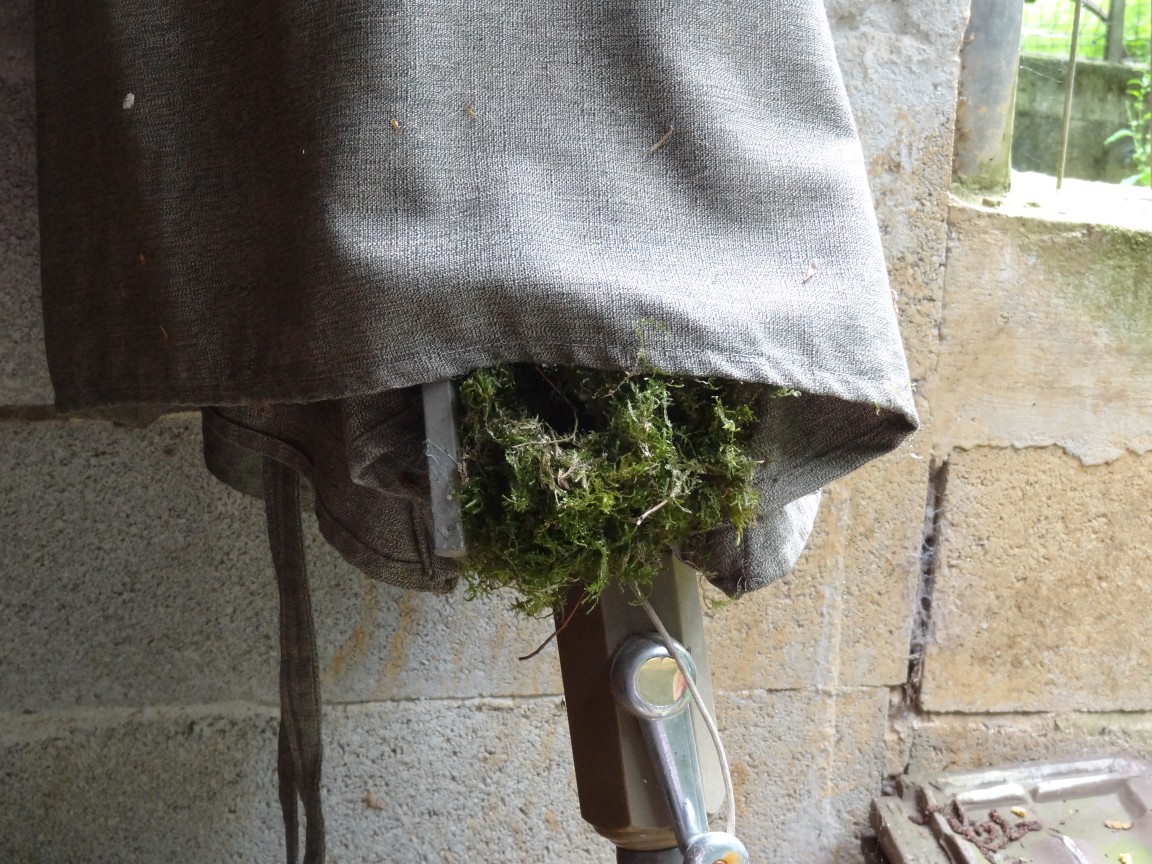 In the laundry…this double nest was built a few years ago when there was a gap in the old wooden doors for the birds to fly in & out. We have new doors now and the nest isn’t used anymore but they are such works of art I can’t bring myself to destroy it! I’m pleased they’ve moved on now as cleaning up after them was a never ending task! 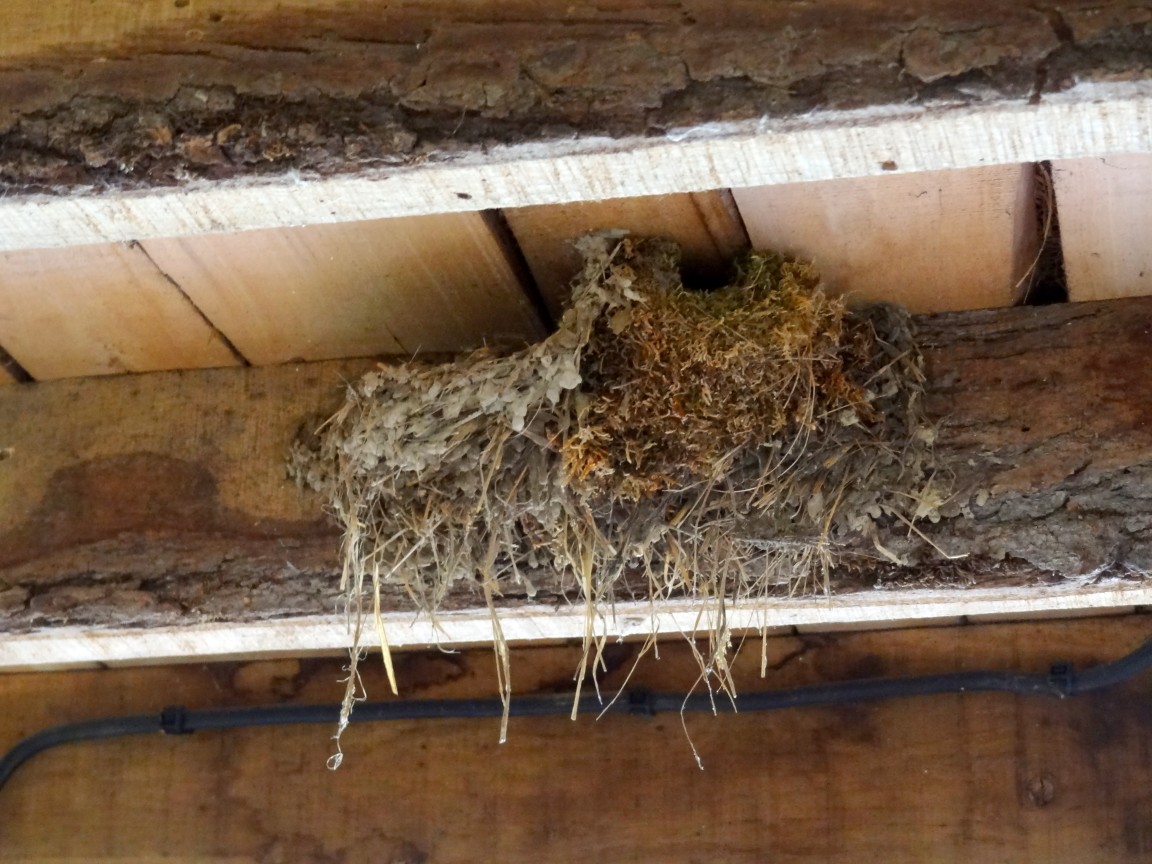 In the gîtes… not long before the first guests arrived for Le Pecher last year we discovered this nest in the beams of the upstairs bedroom. Luckily they were big enough to flee the nest the day before the guests arrived! We’ve kept a close eye this year so no more nests there! 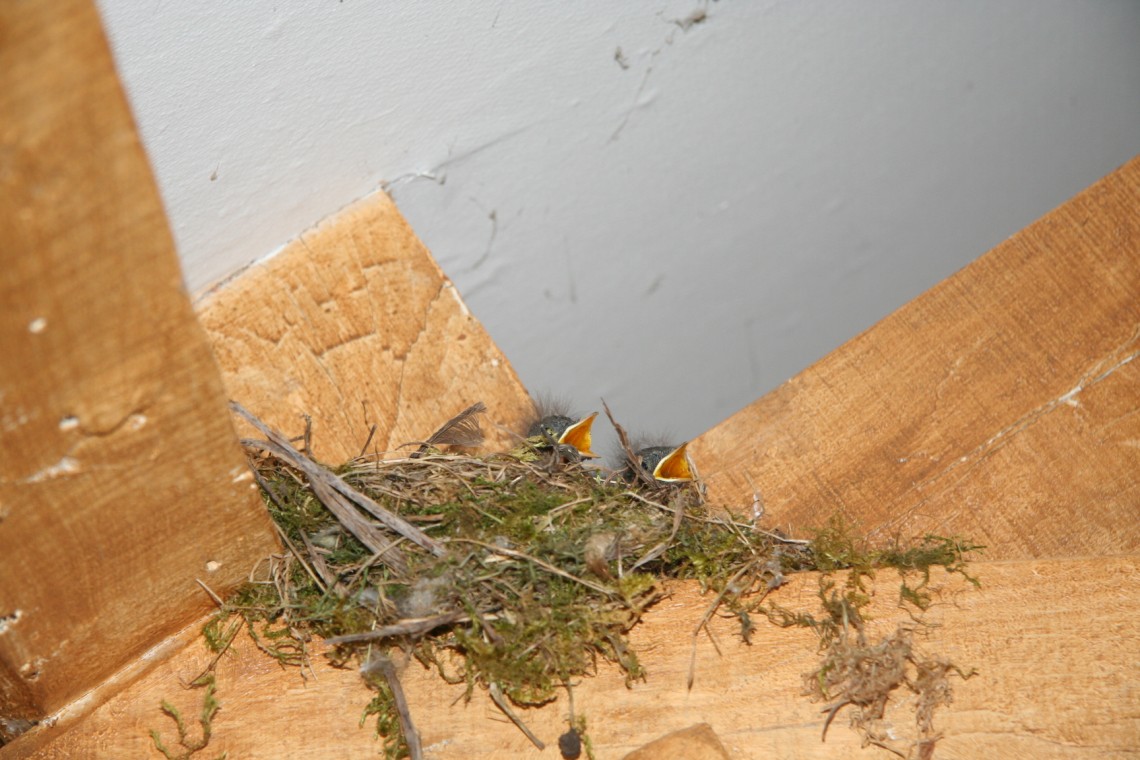 This year we have two nests in the games room which keep everyone entertained as the parents constantly fly in & out with beaks full of worms and all the little heads jump up & down noisily waiting for their meal! 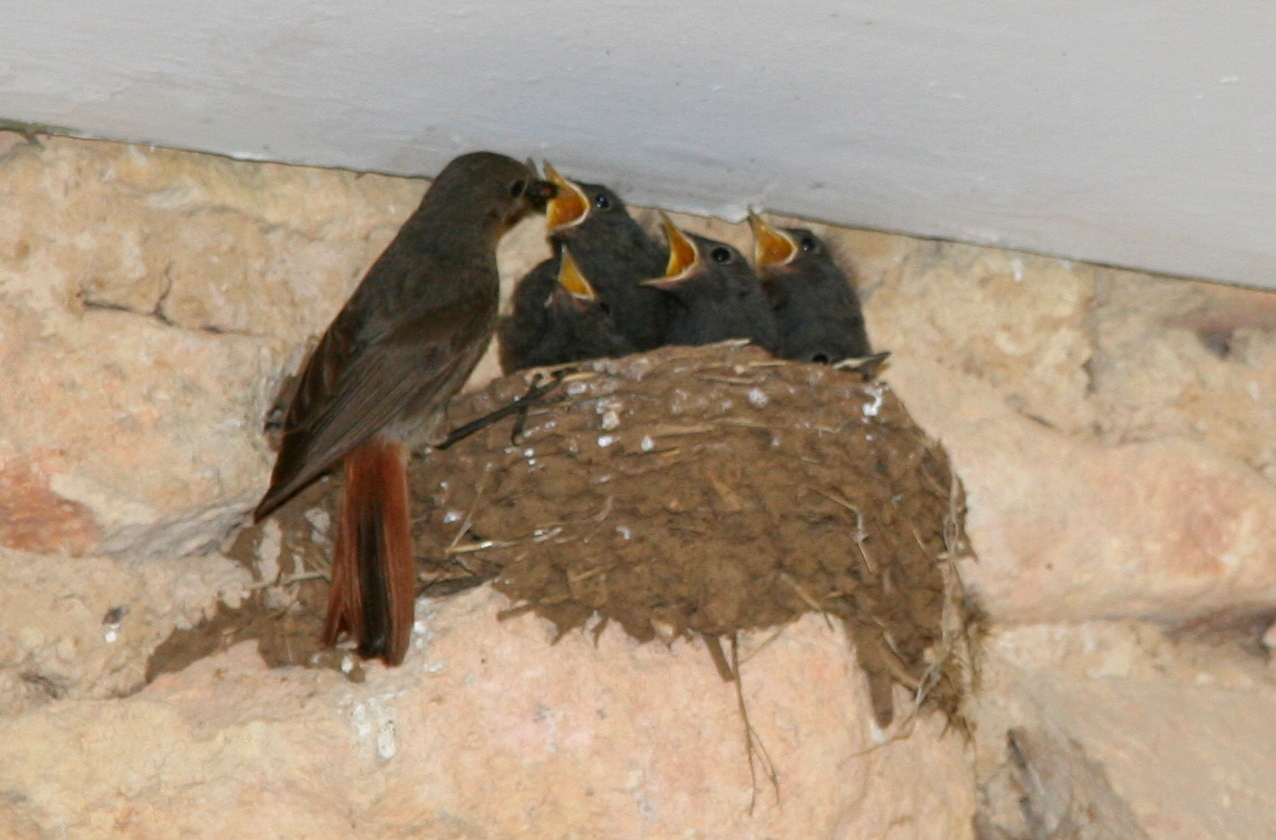 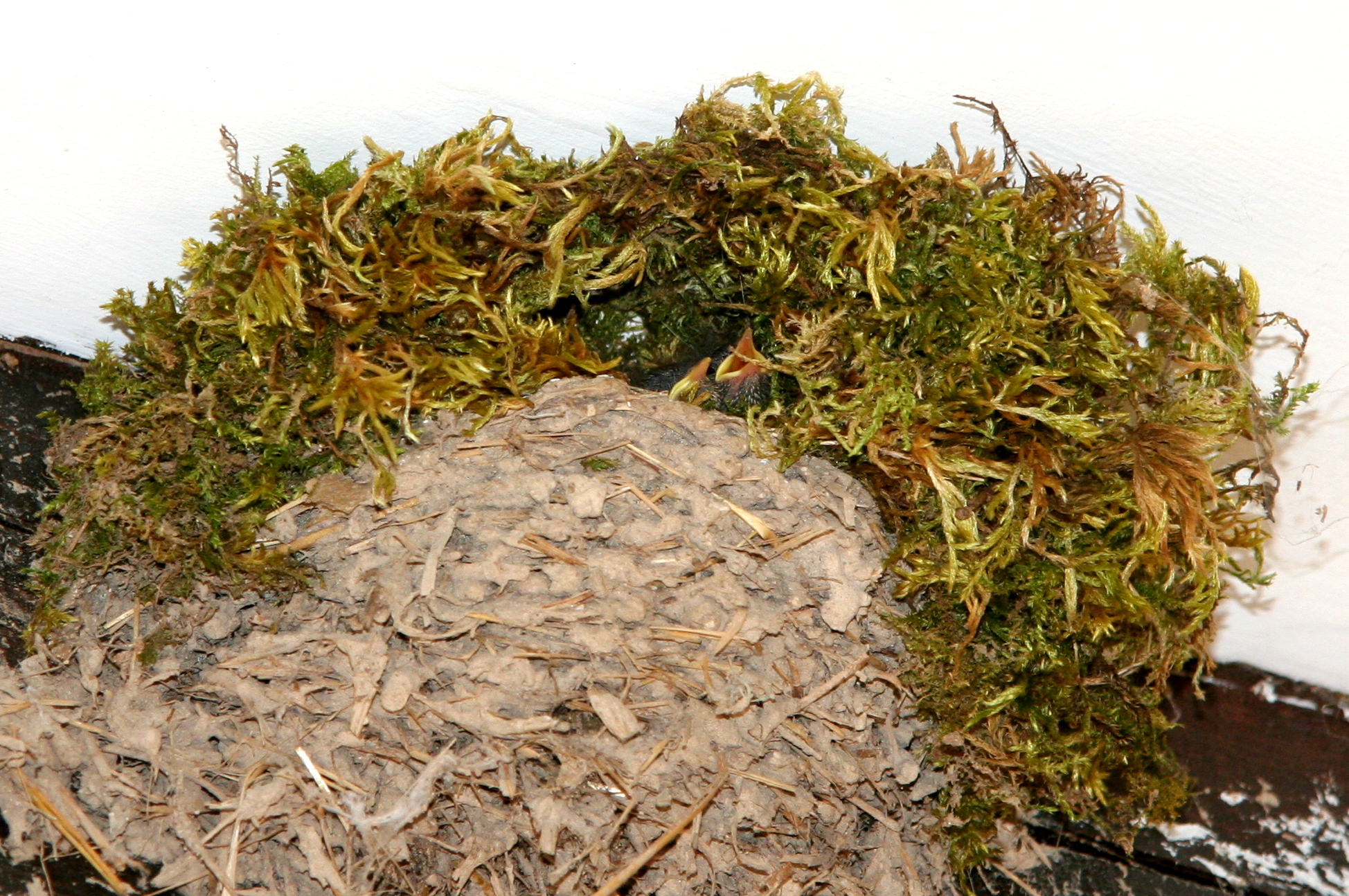 Friends of ours discovered this 3 storey nest when they were building their house …the equivalent of a bird’s block of flats! 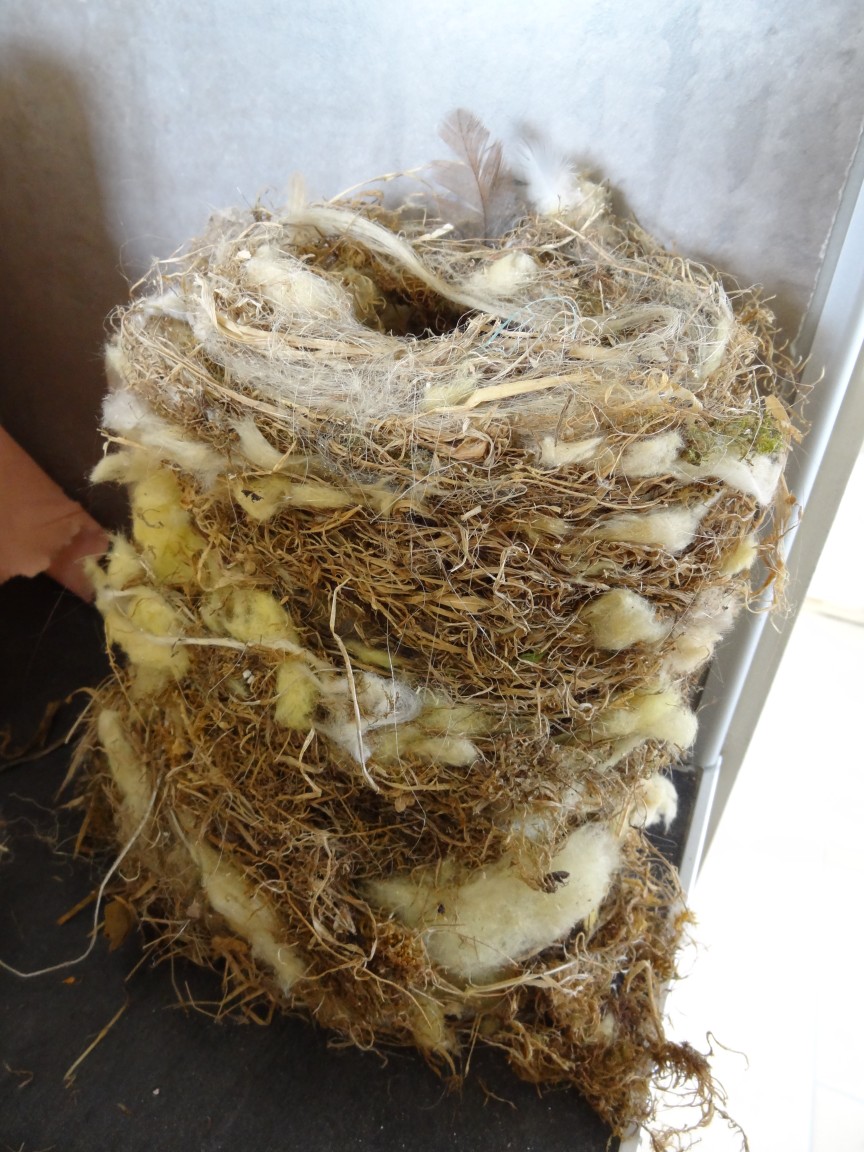 On a bigger scale we found these 25 guinea fowl eggs hidden in a nest under a bush in the hen pen. We had thought she had stopped laying as we always found the eggs in the hen house. 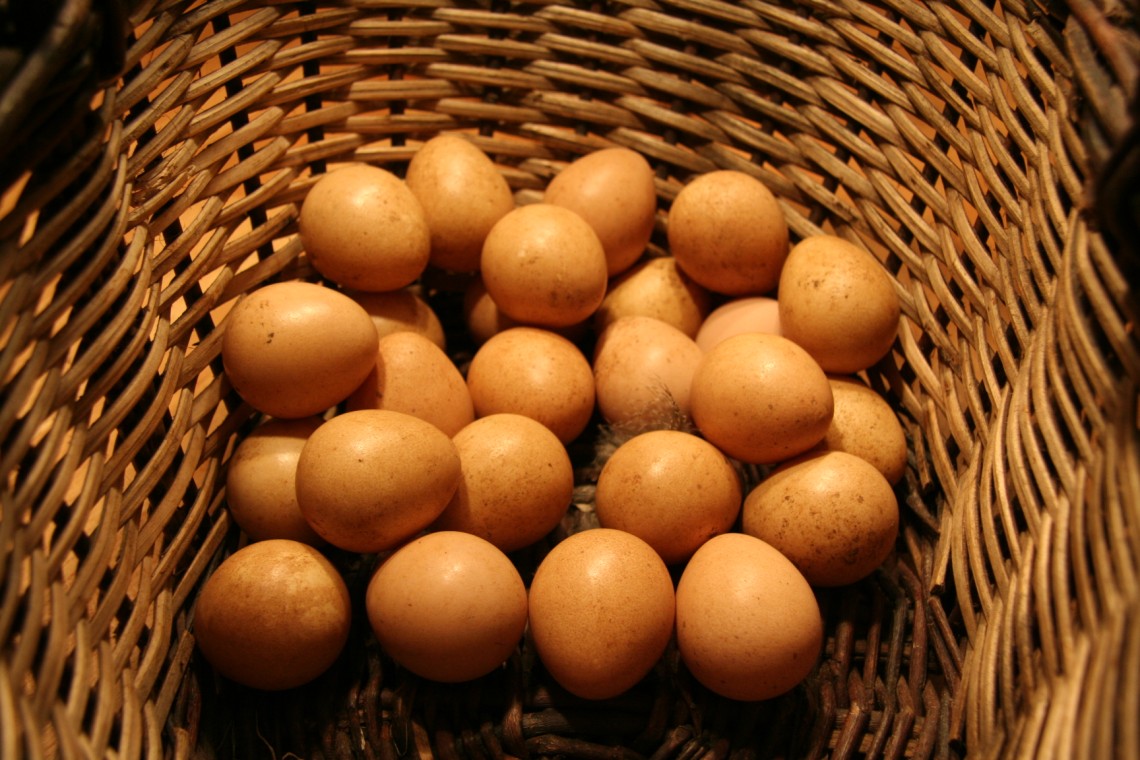 It’s always a pleasure to watch new life & witness how the wildlife instinctively know what to do. Equally it’s sad to see a life cut short as was the case with this young lesser spotted woodpecker which flew into my newly cleaned windows. 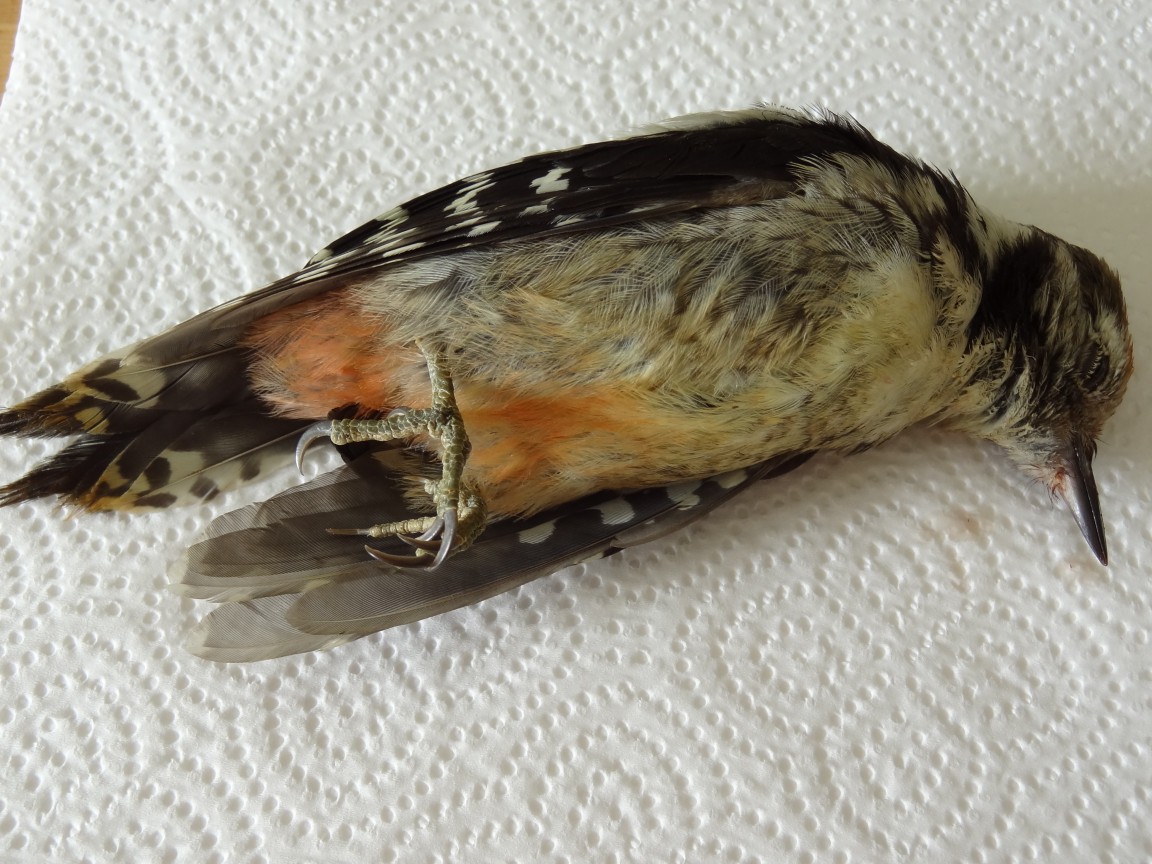 At least I think it’s a lesser spotted woodpecker – if anyone knows otherwise please do tell us in the comments below!