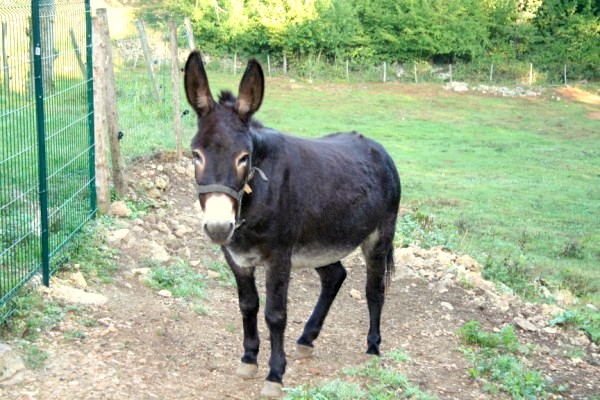 A slightly slimmer Susie, but getting there!

This was a phrase I heard myself repeating time & time
again a couple of Summers ago as our delighted guests gazed at Susie’s rounded belly and enquired about her well being, secretly hoping that they might still be at Les Crouquets for the impending happy event.

I hated to disappoint them but the reply did at least raise a few smiles.

So just how did Susie, our gorgeous Pyrenees donkey come to
be this size?  Susie is a Catalan Pyrenees so by nature is quite chunky but the simple answer is greed. She has never been known to refuse anything and obviously took full advantage of our guests’ generosity. This unfortunately was to be her downfall. 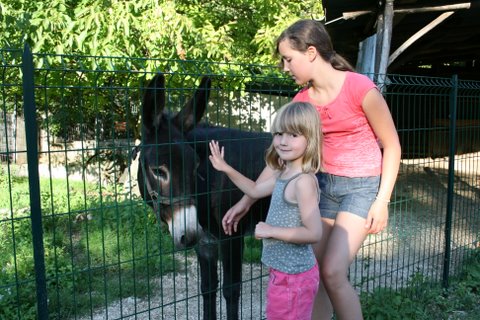 The first sign that all was not well was when Susie suddenly refused to eat or drink  – 6.30 pm to be precise on the very night when all of our guests were getting together for a big BBQ.  Donkeys are very stoic and by the time they let you know something is wrong they can often be very ill. A quick check on the internet (what did we do before Google?) and we knew we had to call the vet.

To get to the point her stomach had completely shut down, blocked with loads of delicious soft French baguettes, supplied by our well meaning guests. This was a serious bout of colic, potentially fatal in donkeys.

When the vet produced 3 enormous extra long syringes I recoiled in horror. So did Susie.

And then the drama began.

Susie was having none of it & let it be known with an impressive impression of a bucking bronco. With one deft flick of her hooves, the vet was on the ground, legs akimbo & brandishing the 3 syringes in the air. Amar was left there gamely trying to stop 400kgs of donkey from losing the plot completely.

Meanwhile our guests, oblivious to the real reason why Amar wasn’t in front of the BBQ, thankfully just took over & got on with the cooking! 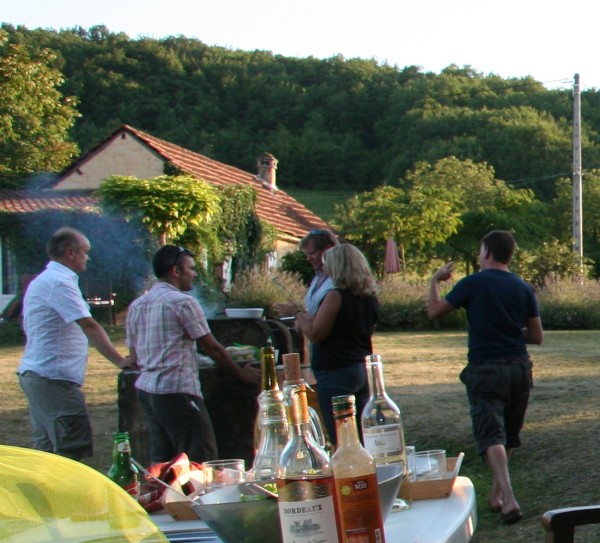 Our guests take over, oblivious to all the drama!

The vet then decided it would be best to carry on the proceedings in the stable. I stayed outside trying to understand why anyone would think it a good idea to shut themselves (& my husband!) in an enclosed space with a frightened,unpredictable animal and it wasn’t long before my fears were confirmed. With one glance at the waiting syringe, Susie knocked the vet straight into the feeding stall – he bravely carried on from that very position with Amar now wedged firmly between the stable wall and Susie’s bulk.

You couldn’t have written this script – if it hadn’t been such a potentially serious situation it would have been downright hilarious!!

The injections somehow miraculously were all administered, including the one which snapped in half mid-syringe and all three emerged from the stable some time later shaken & very well stirred!

The vet’s parting observations were that Susie wasn’t exactly a slim little thing and she really ought to eat less.

Susie, none the worse for her ordeal!

10 days later she was more or less back to her old self.

Much to her disgust she has since been on a well monitored eating plan – guests do still give her the odd carrot & chunk of apple & I cut and thoroughly dry any bread she gets.

I don’t think any of us want to go through that again! 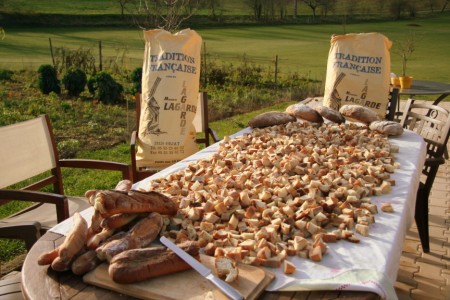 REALLY dry baguettes for Susie from now on!