The season got off to a good start last week…the sun came out ( for at least some of the time) and bathed the honey coloured stone walls in a soft warm yellow glow. Add the buzzing bees, apple blossom & lilacs swaying in the warm breeze and the rhythmic clucking of the hens going about their daily routine and it painted a very idyllic picture indeed – country living at its best! 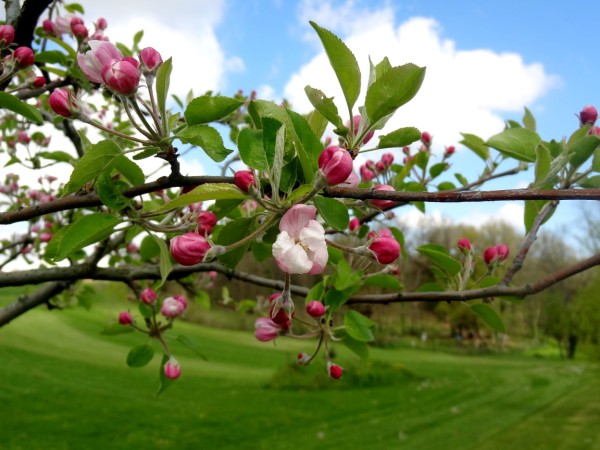 Country Living at its best!

This of course belied the frantic chaos which always precedes the start of the business year. 7 houses to get the big Spring clean after the Winter break, linen for 37 beds to be washed, dried & ironed, windows & doors to be painted, gardens to be tended and the pitch & putt to get into shape. The golf course in itself a mammoth task – machines to be serviced and blades sharpened, scarifying, fertilising & bare patches to be resown all before the mowing starts in earnest and then I swear you can almost hear the whispering grass conspiring to grow 3 cms, right there in front of our eyes , just as soon as it’s been cut.

This year we had the added twist of family & friends paying long overdue visits….for years we have waited in hope and then like buses they all came at once. 5 weeks of back to back visits, the house full of children of all ages! Plenty of offers of help though but even so…

On top of all of this we also had last minute work to do on the pool. We had decided at the end of last season to replace the liner – a pity ,really, as the only thing wrong with it was the frieze at the top was very badly stained and discoloured due to, according to our French pool guru, we peely wally Brits lathering ourselves with carotene laden bronzing lotions & potions and then promptly jumping in the pool & washing it all off. 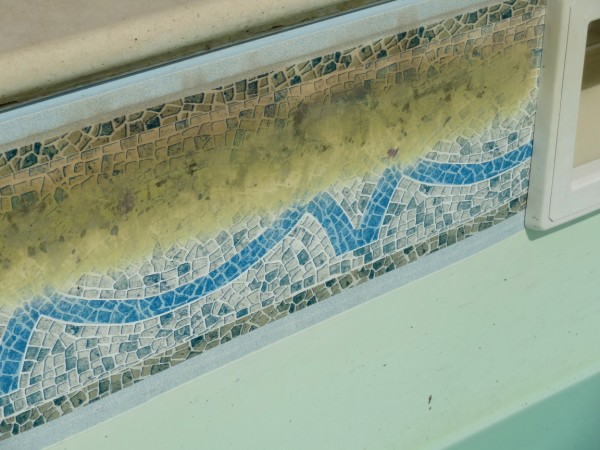 original pattern eaten away at the waterline by tanning products....

Yes, we can send men to the moon, operate on babies still in the womb and we can even debate at length on that somewhat esoteric philosophical subject, Metaphysics, for Heaven’s sake   ….but apparently we can’t counteract the effects of the sun reacting with carotene on a piece of plastic. Strange.

A dirty looking pool, no matter how clean it is , has to be changed. We decided to opt for an armoured liner which is soldered together and can have new strips soldered on if needed. But with the cool start to the Spring and the necessity for several warm days to get the job done properly our Pool Man declared that he couldn’t guarantee the work would be done in time for the start of the season. 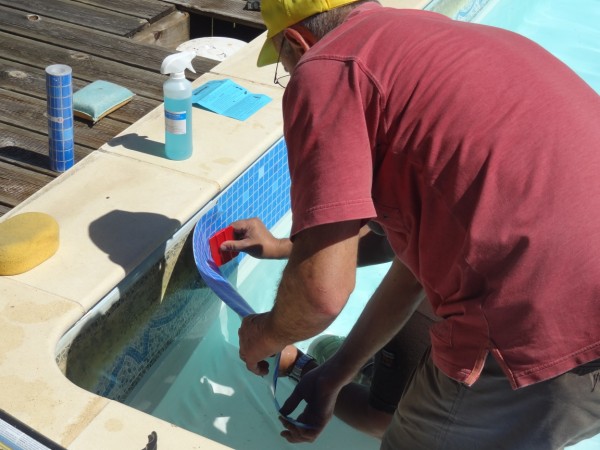 Fitting the stick on strip, prior to the demise of the Smart phone

This not being an option we plumped for the temporary measure ( so much nicer a phrase than our Pool Man’s equivalent of “cache-misère”, literally hide the misery…), a stick on strip to cover the existing frieze. We plan to change the liner at the end of the season so in the interests of economy and environment we have only covered 3 sides, the 4th side being away from the sun and skimmers still being as clean as the day it was fitted.Yes, it looks a bit strange , especially as the colour match is not quite right ( buying blind off the internet is sometimes a necessary evil) but at least the pool now looks lovely & clean again!

Fitting this strip came at a price though. Our Pool Man was working in the water and Amar was helping from the deck. This proved to be too tricky so PM asked Amar to get in too, which he did but at a fresh 18°C half an hour was enough to set his teeth chattering. PM had a wetsuit in the car and suggested Amar put it on. As he got out of the pool the distinctive shape of his new Smart phone emerged from the pocket of his shorts…..well he hadn’t actually planned to get in there, had he? The phone is no more.

The wetsuit though was duly donned & Amar came out of the house, now in a distinctly bad mood and waddling like a duck in need of a strong laxative, muttering to himself about how uncomfortable it was and how could anyone in their right minds stand wearing these etc etc.

“No wonder”,declared PM ” You’ve put it on inside out and back to front – now get back inside and peel him like an onion!!”

We are obviously not from diving stock 😉

It took 3 of us to peel off the stuck fast suit mm by mm, the friction of the rubber burning him up as we moved along. A less hirsute man might have had an easier time. Out of respect for my dear hubby I must refrain from publishing the rather embarrassing suit peeling photos but believe me, it was the funniest thing we have winessed in a long time – Emma & I enjoyed it immensely! 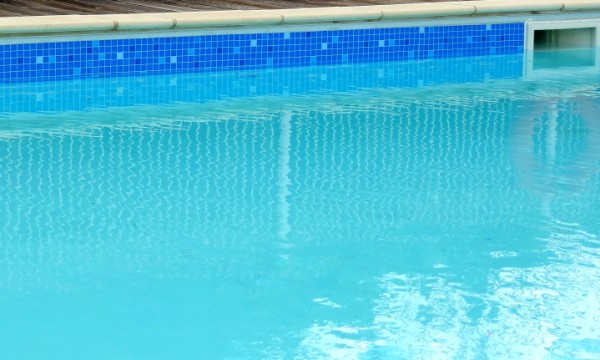 The frieze is finally on... 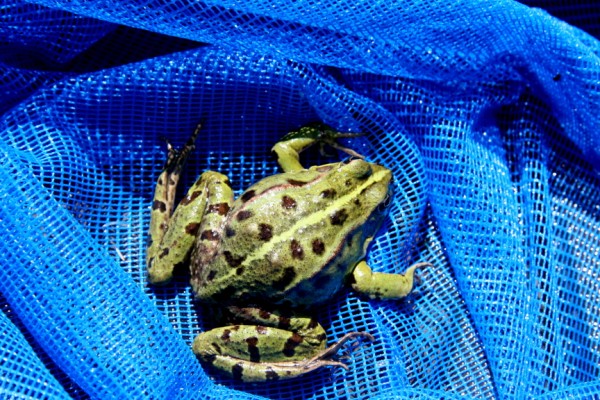 No suit peeling photos allowed so here's one of a colourful frog instead!